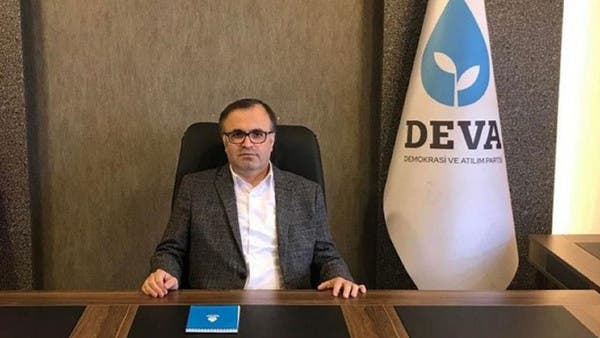 The Turkish authorities continue to target prominent members of the “Democracy and Construction” party opposing Turkish President Recep Tayyip Erdogan, in a move that may limit the activities of this party, whose establishment was announced in early March of the year 2020 under the leadership of former Turkish Minister Ali Babacan, who was a close ally of Erdogan. Before he resigned from the ruling Justice and Development Party in early July of the year 2019.

A picture of Erdogan and Babacan dating back to 2010

The Turkish authorities arrested, at dawn today, Saturday, Mustafa Günayden, a leader and one of the founders of the “Democracy and Construction” party, in a hotel where he was staying in the coastal city of Antalya, as he was preparing to participate in a conference to be held in the same city.

Although Günayden is a member of a “Western-leaning” party, the Turkish authorities arrested him as part of their investigations into the restructuring of the “Service Movement”, led by the Turkish preacher Fethullah Gulen, whom Erdogan accuses of being behind the failed coup attempt against his rule. which took place in mid-July 2016.

A source in the “Democracy and Construction” party denied to Al-Arabiya.net that there are links between Günayden and the “Service” movement, which Ankara classifies as a “terrorist” group, considering that his detention comes within the framework of “restriction” on the party, which has recently intensified its activities to participate in an electoral alliance. It includes 6 Turkish opposition parties, and it may topple the current ruling coalition, which includes the “Justice and Development” parties and the “National Movement” in the upcoming presidential and parliamentary elections that are supposed to be held after about a year and a half.

Günaydin is the second member of the “Democracy and Construction” party to be arrested in less than a month and a half. In early December, the Turkish authorities detained his party colleague Metin Gorgan on charges of “political and military espionage”, in addition to his accusation of leaking “dangerous security information to parties”. foreign” in exchange for money.

So far, no official statement has been issued by the party to which Günayden belongs regarding his detention, but another source in the party indicated to “Al-Arabiya.net” that “the detention of Günayden over the weekend prevented us from knowing more about his prison conditions.”

It is expected that the authorities will work to extend his detention, as they did with Gorgan, who has not yet released him, although the issue of his imprisonment has received wide attention from the Turkish media as well as local institutions defending human rights in the country.

Turkish media revealed that the security authorities that detained Günayden seized his electronic devices, including his personal computer, when they stormed his house before his arrest at the hotel later.

Pro-Turkish media outlets also claimed that a prominent member of Babacan’s party was trying to flee the country, which was vehemently denied by his party.