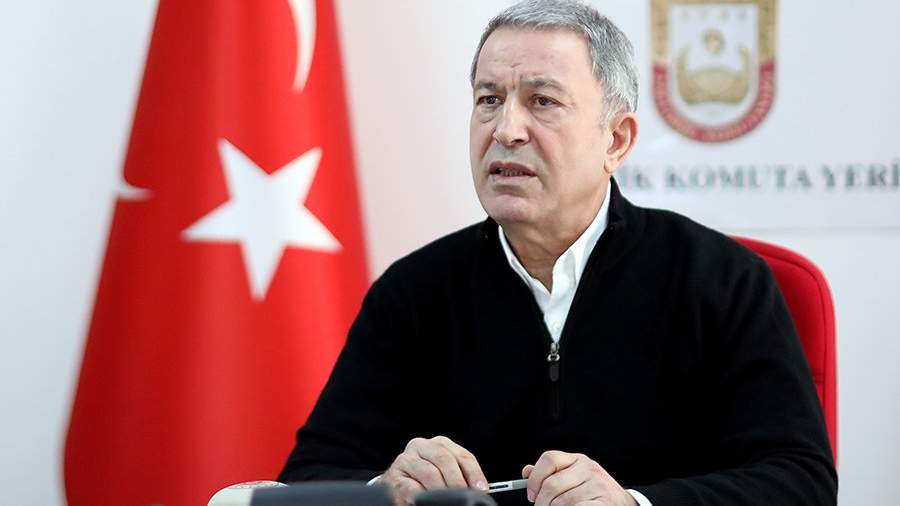 Turkish Defense Minister Hulusi Akar, during a telephone conversation with his Ukrainian counterpart Alexei Reznikov, called for an immediate ceasefire in Ukraine in order to prevent human casualties. This was reported on January 11 on the website of the Turkish Ministry of Defense.

“Our President (Recep Tayyip Erdogan. – Ed.) and our country will continue to contribute to ensuring peace in the region and the provision of humanitarian assistance at all levels, as they have done so far,” the publication says.

During this conversation, it was also noted that thanks to the work of the Joint Coordinating Center established within the framework of the Black Sea Grain Initiative, 17 million tons of grain have already been exported from Ukrainian ports for countries in need.

On January 11, Tatiana Moskalkova, Ombudsman for Human Rights in Russia, announced that she had asked the head of the Turkish Parliament, Mustafa Shentop, to stop supplying weapons to Ukraine. In addition, she expressed the opinion that a ceasefire is a necessary condition for preventing violations of human rights, especially the right to life.

The day before, on January 10, the Turkish Ombudsman Sheref Malkoch said that Turkey expects to open a humanitarian corridor between Russia and Ukraine. It is supposed to help children, women and the wounded who suffered during the special military operation (SVO). Subsequently, the Turkish leader supported this initiative.

Earlier, on January 6, Turkish presidential spokesman Ibrahim Kalin said that the Ukrainian conflict could escalate in the coming months, so Ankara would make every effort to resume the negotiation process.

The day before, Erdogan had discussed the situation in Ukraine and Syria with Russian President Vladimir Putin. The Russian leader confirmed his readiness for dialogue if Kyiv complies with Moscow’s requirements.

On February 24, Russia launched a special military operation to protect Donbass. The decision was made against the background of the aggravation of the situation in the region as a result of shelling by the Ukrainian military. From September 23 to 27, referendums on joining the Russian Federation were held on the territory of the Lugansk and Donetsk People’s Republics, as well as Kherson and Zaporozhye regions, after which these regions were included in the country.