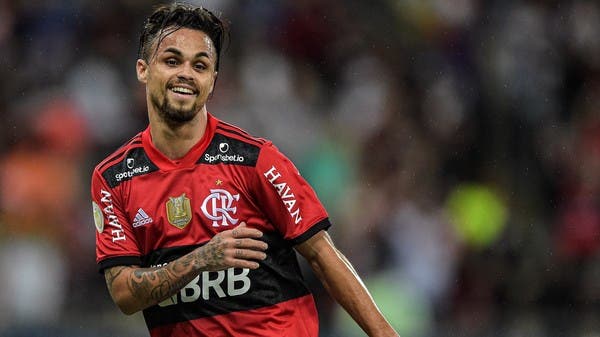 Brazilian press reports confirmed, on Tuesday, that negotiations between Al Hilal Club and Flamengo are still ongoing in order to resolve the transfer of Brazilian player Michael to the Saudi team so that he can be included in the list of participating in the Club World Cup.

The winter transfer period in Saudi Arabia ends on January 30, while the International Football Association Board “FIFA” allowed clubs participating in the World Cup to register players 48 before the start of the tournament on the third of next February.

According to the “torcedores” newspaper website, Flamengo is about to sell the “25-year-old” to Al Hilal, and the newspaper added in a report on its website: The player was not present in the team’s training, especially as he is still waiting for the outcome of negotiations with the Saudi club, which is negotiating about Payment method for his value of $8.45 million.

And the newspaper “mundorubronegro” reported that the reason for the delay in the announcement of the deal is due to the entry of other parties into the negotiations, namely the clubs of Goias and Goiania, which the player represented in the past, as both clubs have a part of the player’s contract.

And the newspaper pointed out: The chance of Michael staying with Flamengo is weak, the striker already wants to do everything in order to move to Al Hilal.

And Michael had bid farewell to his city in a message he posted on his official account on the social networking site “Instagram” on Monday.