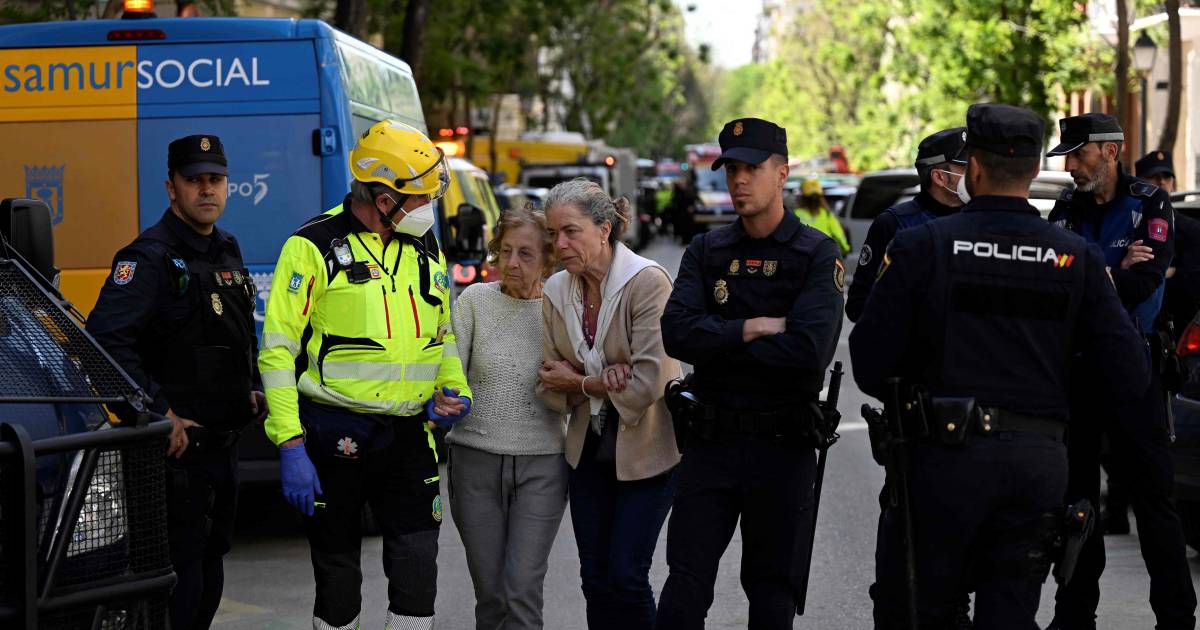 The explosion happened in the upscale neighborhood of Salamanca. The two fatalities are men who worked on renovation work on the building, Mayor Jose Luis Martinez-Almeida reports. Four of the eighteen injured were taken to hospital. One of them has serious injuries.

How the explosion could have happened has not yet been officially confirmed. It may be a gas explosion caused by the work. “We are working on the building,” the mayor told television channel Telemadrid† “Firefighters have entered to check if there are still people in the building.”

The text continues below the photo.

A video circulating on social media shows that the windows and balustrades of the homes have been damaged. After the explosion, the building was covered in dust and many bystanders flocked to the site. A school building opposite the site has remained undamaged and the children did not have to be evacuated.