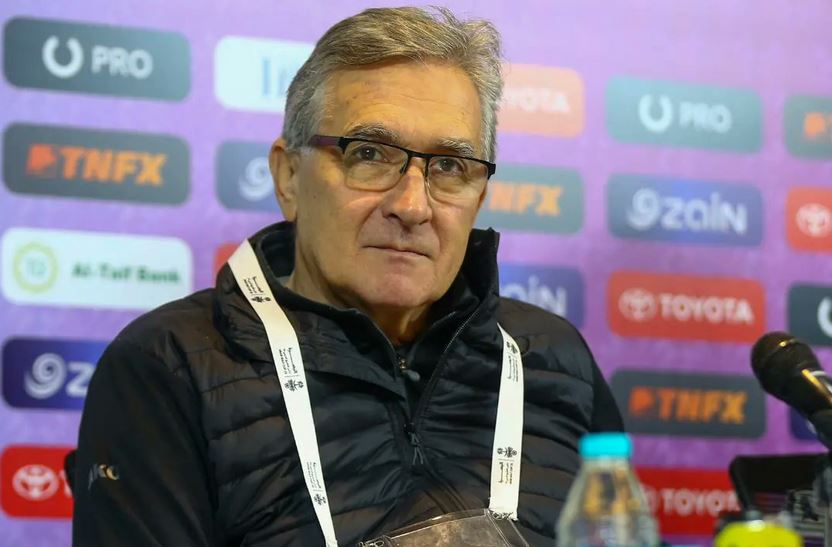 The coaches of the Iraqi national football team, Spain’s Jesus Casas, and his counterpart, coach of the Omani national team, Croatian Branko Ivankovic, agreed on the desire to settle the final match of the Arab Gulf Cup for football “Gulf 25”, scheduled to be held at eight o’clock tomorrow evening, in its official time, and to avoid extension and penalty kicks.
Casas said in today’s press conference: “I hope not to reach a penalty shootout, and if the decision is through it, then I hope that the victory will be our share.

The coach stressed that the road to the final match was difficult and that he dreamed of reaching the final scene, pointing out at the same time that his Omani opponent is not an easy opponent and that his players have experience in the final matches. He added, “The first match was closed and its chances were few. We analyzed what happened in it, and we will try to reach their goal in several ways to create danger, and I will not disclose, but I will surprise them.”

Regarding injuries, Casas said: “So far we do not have absences, but I am concerned about colds because some of the players remained in bed and I hope they are ready. I wish the disease was in the technical staff and not the players. I trust the players and we have one step to make history. In more than one position, and each match has its own plan and the right players.

For his part, the coach of the Omani national team, the Croatian Branko Ivankovic, revealed that he had prepared “Al-Ahmar” for all possibilities, but at the same time he hopes to settle the result in his favor in the official time of the match, similar to the semi-final match against Bahrain, stressing that playing the match in the presence of a large audience will be a motivating matter. . He said in the press conference: “I am proud of our reaching the final match. Things were not easy. We are eager to play the match in front of full stands. The Iraqi team is very strong on its land and in the midst of its fans. Our goal is also to win. I expect it to be a difficult match, but I trust the players. The players are ready.”

Branko added: We have the absences of the two fullbacks, while the rest are well prepared. We faced Iraq in the opening match and it had a kind of reservation. Today it is different and we are ready for all possibilities. I hope the match will be resolved in the original time, like the Bahrain match. Playing in front of a large audience represents a motivation for us and our goal is to win. .

He continued: “The finals are played to achieve titles. Our final arrival is a good thing, but history only mentions the winners of the titles. Our team for me is the best, with all due respect to all teams. My team, we faced Iraq 3 times and they are all different. I will not return to the opening meeting. I analyzed the meeting between Iraq and Qatar well.”