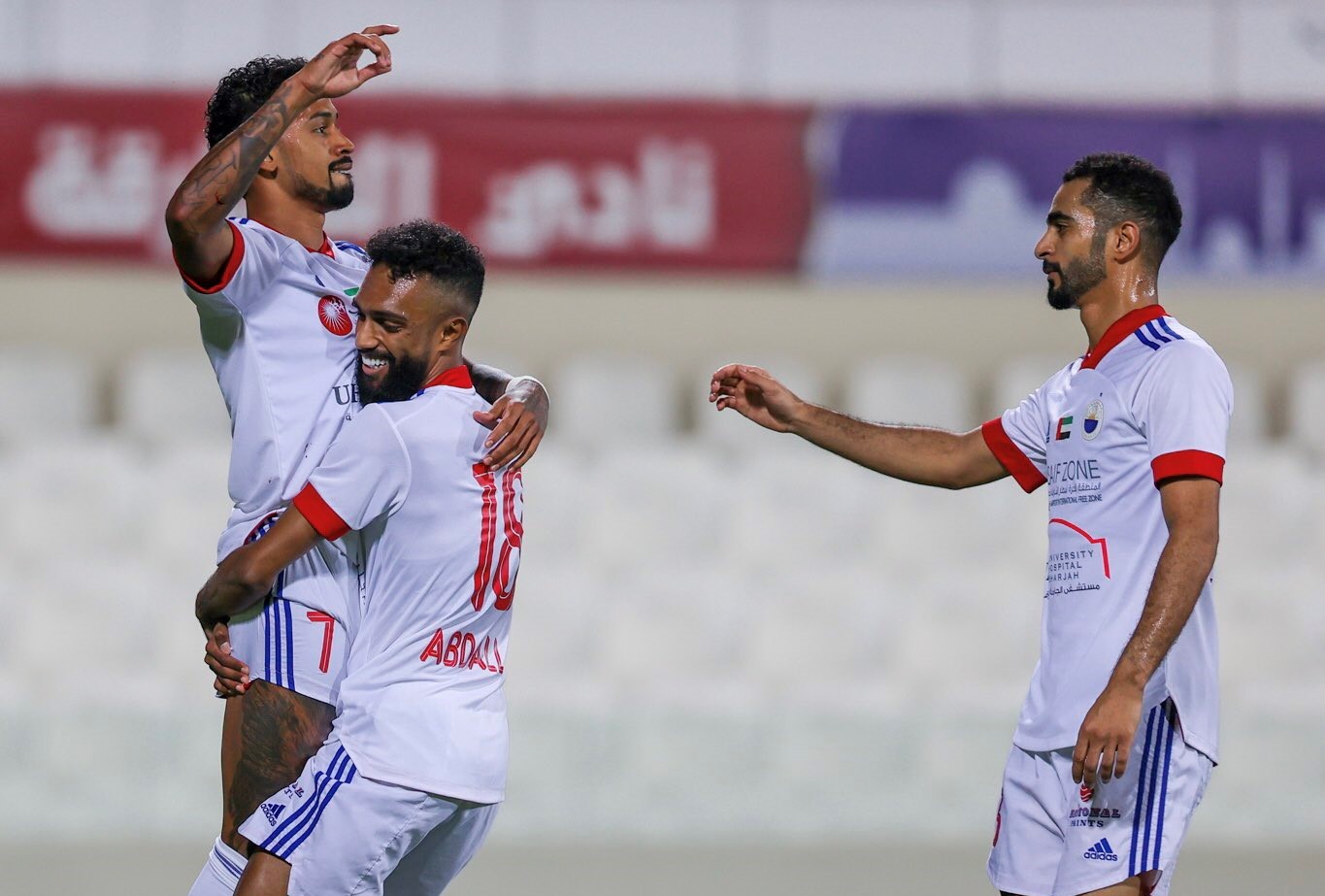 Sharjah succeeded in inflicting the first loss on the Al Ain team, which leads the ADNOC Professional League, with two clean goals, during the exciting summit meeting that brought the two teams together today at the Sharjah Club Stadium in the 13th and last round of the first round. Sharjah played a great match and deserved the precious victory, spoiling Al Ain the joy of the “winter title”.

The great brilliance of the former Al-Ain player, the Brazilian Caio, who scored the first goal, while this is the first match in which Sharjah coach Cosmin faces his former team Al-Ain, since he took over the leadership of the Sharjah team in the recent period.
Sharjah, who jumped with his score to 23 points with this win, is his seventh, entered a strong contender for the league title, advancing from fourth to second place, after reducing the difference between him and Al Ain to seven points.

The fatal defensive mistakes represented the most prominent gap in the ranks of Al Ain, in addition to the brilliance of Sharjah players, especially Caio and Luan Pereira. From the beginning, Kuzmin succeeded in reading the weaknesses of his former team, and exploiting them through the distinguished roles played by Caillou, Luan Pereira, Majid Rashid and Shukurov.

With this victory, Sharjah presented a valuable gift to himself, and to Al-Ain’s competitors for the lead, especially Al-Wahda, as well as Al-Ahly and Al-Jazeera youth. Sharjah surprised its guest Al Ain with an early goal at the 11th minute, scored by Brazilian professional Caio Lucas with a powerful banner kick from a cross made by his colleague Marcos Millioni.

And before Al-Ain woke up from the shock of the first goal, Sharjah surprised him with the second goal by Brazilian Luan Pereira “18” from a cross that Uzbek Shukurov initially played. Sharjah’s defense spoiled Al-Ainawi’s attempts, led by Togolese Laba Kodjo, to reach his goal, especially Al-Ain’s dangerous attack in the 30th minute. Al-Ain goalkeeper Khaled Issa saved his goal from an investigator for Kayo when he faced the goal “32”.

With the exception of some attempts, Al Ain appeared absent in the first half, affected by the absence of its Moroccan player, Sofiane Rahimi. In the second half, specifically at the 62nd minute, Al-Ain’s Ukrainian coach, Sergey Rebrov, pushed the newcomer, Colombian Danilo, for the first time with Al-Ain, and the Brazilian Jonathas Santos, in an attempt to save the situation and regain the initiative in the match.

Al Ain made more than one attempt to reach the Sharjah goal in the second half. Yahya Nader missed Al Ain’s most dangerous opportunity when he hit a ball that went past the goal “73”, and the Argentine Guanca “81” almost scored the first goal for Al Ain, ending the match with the first loss for “Al-Zaeem”.