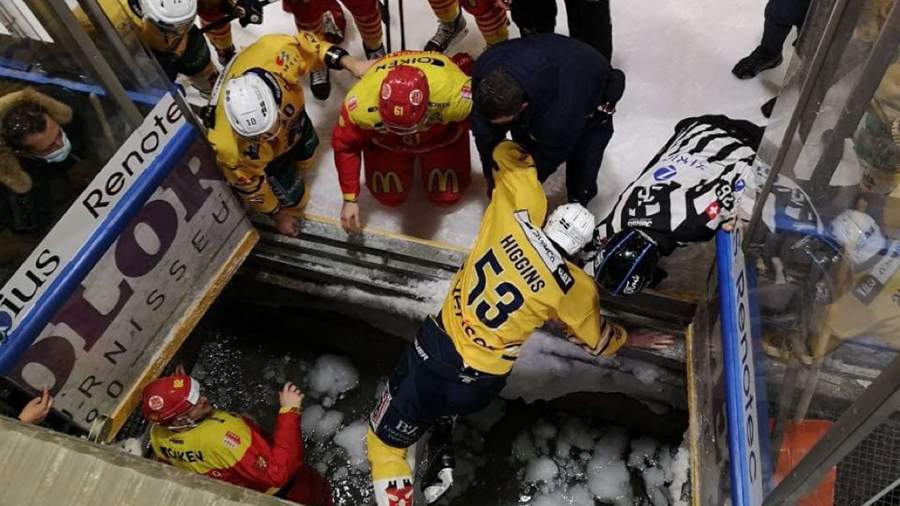 As the newspaper notes, in the 14th minute, in the midst of a fierce struggle for the puck, Langenthal defender Tyler Higgins and Sierra striker Arnaud Montandon flew into the side, behind which there was a hole where the ice harvester drains water after cleaning the ice.

It is not clear whether the door on the side was not properly locked, or the players rammed it very hard, but in the end, the hockey players flew out of the rink and fell into the icy water.

Teammates helped the players out of the hole. Previously, none of them was seriously injured and they got off with fright.

The match ended in favor of Langenthal 3: 2.

On November 27, it was reported that Russian Washington Capitals forward Alexander Ovechkin needed medical help after hitting the puck in the face. He was injured in an NHL match with the Florida Panthers. In the first period, the Russian went to the locker room after the puck ricocheted into his face. The athlete confirmed that he had several stitches.