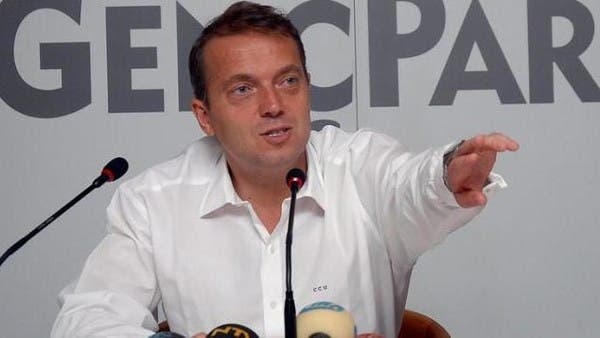 
Two Turkish brothers took their legal battle to France after fleeing Turkey years ago after opposing President Recep Tayyip Erdogan, but the Turkish authorities have been pursuing them since then for allegations of fraud, embezzlement and corruption, which both businessmen deny, who together ran a huge financial empire in their country.

The well-known Turkish businessman, Cem Ozan, who fled to France in 2009, denies all the charges against him, as a result of which he was sentenced to 18 years in prison in absentia in 2013 with compensation of 390 million euros paid to Ankara, and his brother Hakan joined him about a year later. on that trial in 2014.

A few days ago, the lawyers of the two brothers announced that they would resort to the French judiciary to sue Ankara and force it to pay financial compensation to both businessmen in an amount that could reach about 60 million euros or a little less, according to what the lawyers said to French international media.

A source in Ozan’s legal team revealed to “Al Arabiya.net” that “the aim of the lawsuit entrusted to a number of lawyers is to compensate Cem and his brother Hakan morally and materially,” especially that the Turkish fund known as (TMSF) was as much as seizing all of their companies in a procedure Precautionary in 2003 after being accused by the Turkish judiciary of a large-scale fraud through a local bank.

For his part, a prominent Turkish economist questioned the source of Cem and Hakan Ozan’s wealth, suggesting that they possess wealth inside Turkey that the authorities may confiscate as well.

Khairy Kozanoglu, a famous financial expert, told Al Arabiya.net: “We cannot know if the issue between both men and Ankara was for political reasons or as a result of financial corruption, but both of them supported the ruling party led by Erdogan until recently.”

He added, “Cem may send messages to his supporters, to be ready for a new stage, especially since he has withdrawn from the support of the Justice and Development Party since the latter’s popularity began to decline.”

Cem and his brother, who hail from the most influential Turkish families in the financial field, are seeking to compensate for their financial loss through the compensation they aspire to, according to a source in their legal team, who also indicated that “this case may take about more than a year.” And maybe two years to decide.”

The first brother, who ran with his father in the 1990s a huge conglomerate that included several sectors such as telecommunications, banking, media, energy and sports, will file another lawsuit before the Paris Court against the Turkish Fund and more than 50 active Turkish financial institutions after the Fund confiscated all its companies inside his country.

Jim Ozan said in the text of the power of attorney published by Agence France-Presse that “the Turkish Savings Deposit Insurance Fund committed a brutal and widespread embezzlement that clearly exceeds the powers granted to it by law,” adding that “those who acquired these assets have become guilty of fraudulent collusion.” This means the parties that seized his companies after they were confiscated by the Turkish Fund.

The two Turkish businessmen, who oppose Erdogan, estimated the value of the damage inflicted on them at 57.3 billion euros. They assert that they have been victims of political persecution because of their opposition to the country’s president.

Ankara tried to pursue them in France and target their investments in this country, but it failed.

During the past years, the Turkish authorities confiscated the properties of a number of businessmen for allegedly financial corruption and fraud, but most of them denied this and considered that they were victims of political repression, according to the two brothers Ozan.

‘What extremist is he to deny bail’? Rajkundra’s lawyer questioned

Complaint against Anil Deshmukh: BJP petitions Governor of Maharashtra to report to President

The CAA and the NRC have nothing to do with the Hindu-Muslim divide: RSS leader's speech