U.U. Lalit name recommended as the next Chief Justice of the country 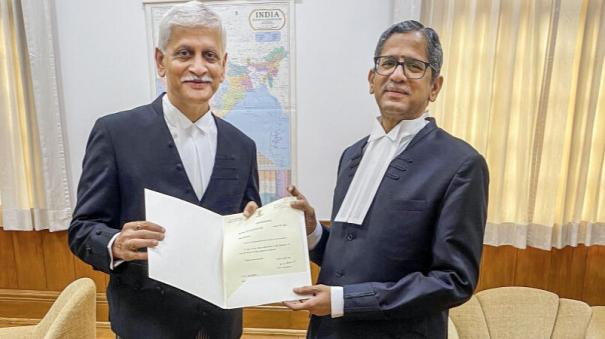 New Delhi: Chief Justice NV Ramana yesterday formally recommended the name of Udai Umesh Lalit as the next Chief Justice of the country to the Union Law Minister.

NV Ramana, who is the Chief Justice of the Supreme Court, will retire on the 26th of this month. After him as the most senior judge U.U. Lalit is there. In this case, Chief Justice NV Ramana recommended his name for the next Chief Justice to the Union Law Minister yesterday.

YU Lalith, who was working as a senior advocate in the Supreme Court, was appointed as a Supreme Court judge on August 13, 2014. His father UR Lalit is a judge of Delhi High Court.

Born in 1957 in Mumbai, Maharashtra, U.U.Lalit started working as a lawyer in 1983. He practiced in the Bombay High Court till 1985 and shifted to Delhi in January 1986. He was declared a senior advocate by the Supreme Court in 2004. He became a judge after 10 years.