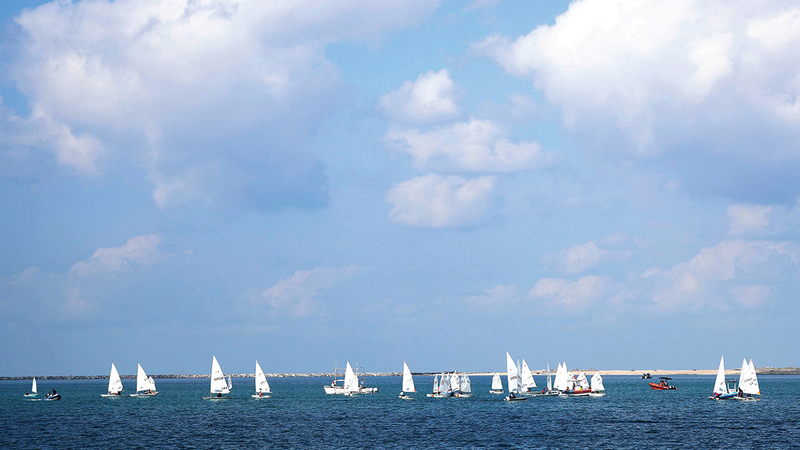 The UAE champions shone in the “Dubai Maritime Day” race for modern sailing boats, which was organized by the D International Marine Sports Club, under the supervision of the Emirates Sailing and Modern Rowing Federation, and in cooperation with the Dubai Beach Boat Club (DUSC).

The world champion who won the bronze in the World Championships in Mexico 2022, Adel Khaled, star of the P&O Marinas team, succeeded in snatching first place in the Alka 7 category, outperforming six participants, including John Wilcock and Manolis Tergokonis from the Dubai Beach Boat Club, who occupied the two places. second and third. The star of the Abu Dhabi Marine Sports Club team, Hamza Al Ali, shone in the men’s competition (ALCA 6), occupying the first place, and the champion Duha Al Bishr from the Abu Dhabi Club came in second place, while the French Leonie Bonaparte came third.