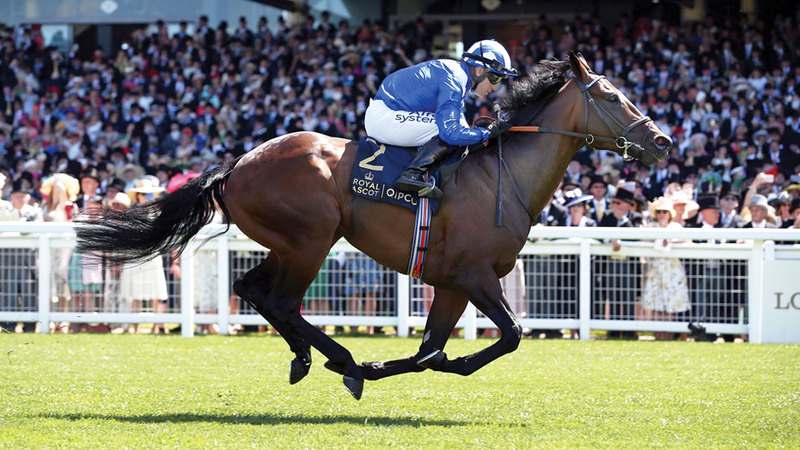 Today, the horses of the Emirates seek to achieve victory in a group of important races, which will be held on the first day of the ancient “Ebor” festival, which is held at the English “York” track, and extends until next Saturday. Most notably, the undefeated “Baid” pony, with the “Shadwell” logo and the supervision of coach William Haggas, seeks to score a new victory in the first category races, when it competes in the “Goodmont International Stakes” race at a distance of 2,100 meters grass, which is the main race.

“Bayed” aspires to record the tenth victory in his career, and his sixth in the world’s highest-ranked “Group 1” races, in a new confirmation of his entitlement to the title of the best and highest-ranked horse in the world with 137 pounds. Also entering the competition for the title is the “2000 Irish Guineas” champion last May, the “Native Trail” pony with the “Godolphin” logo, under the supervision of coach Charlie Appleby.

The Godolphin team is pushing two of its elite horses, “Secret State” and “Walk of Stars” under the supervision of coach Charlie Appleby, to compete for the title of “Great Follinger” for the second category horses “Group 2” over a distance of 2,400 meters of grass, and starts in the third round today. Introductory. Secret State is looking forward to its fifth consecutive victory. In turn, the Walk of Stars asks to return to the victories cycle, after it finished in its last participation last July in third place behind the “Deauville Legend” in the “Bahrain Trophy” race, which was held at the “Newmarket” track in England.