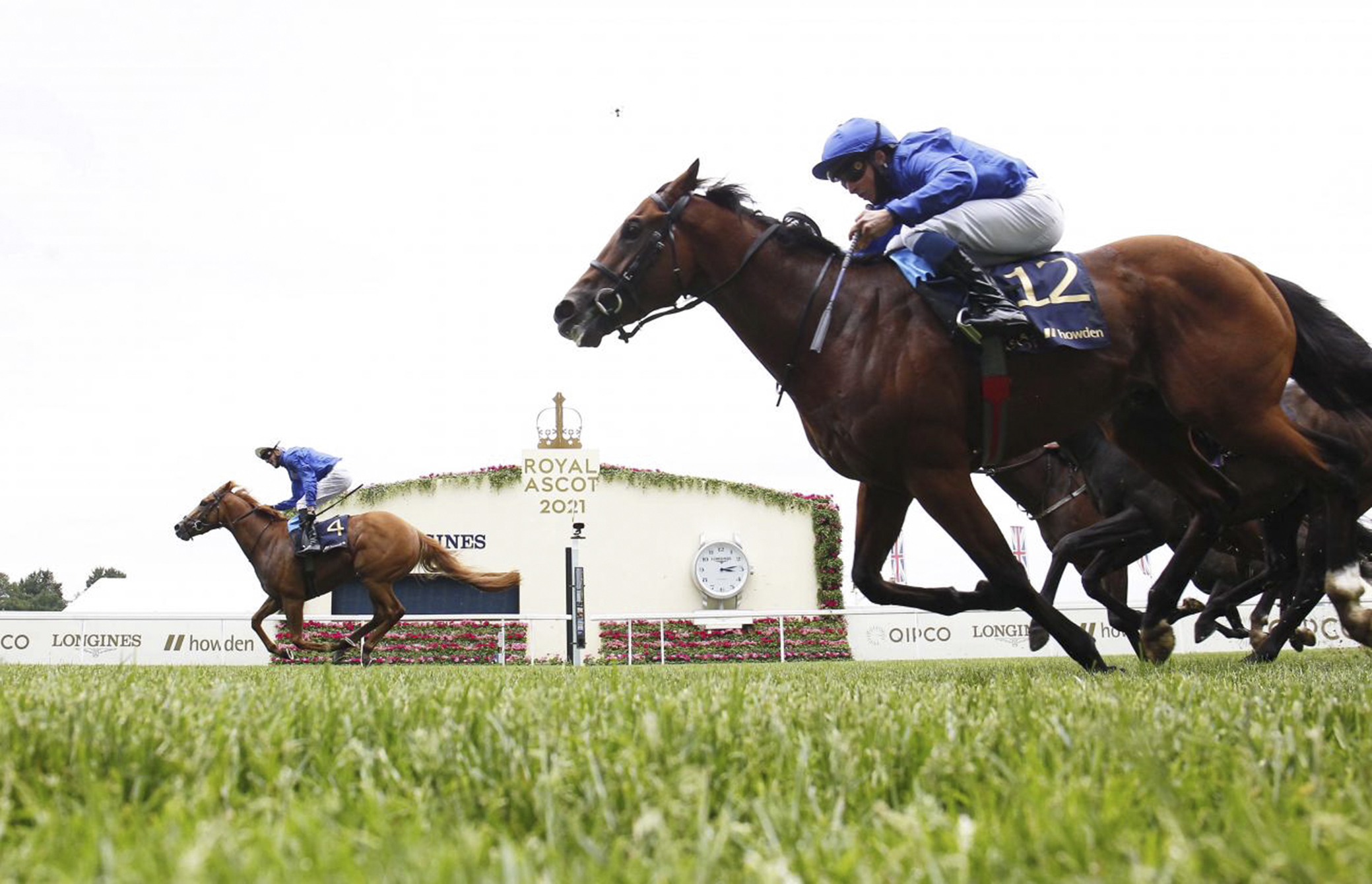 The owners of the country’s horses are pushing five of the elite horses over 1200 meters of grass, with the ambition to defend the UAE title in the “Platinum Jubilee Stakes” race dedicated to the world’s highest-ranked “Group1” horses, which will take place tomorrow, Saturday, at the conclusion of the prestigious Royal British Royal Ascot Festival, which is held Since last Tuesday in its 311th edition, it has been the epitome of grass track racing on the international stage.

The representatives of the Emirates are counting on maintaining the title last year, registered in the name of “Dreams of Dream” owned by Saeed Suhail, on the duo of the “Godolphin” international horse team, “Naval Crown” and “Creative Force” under the supervision of coach Charlie Appleby, with the third participation bearing the logo The horse “Emirati Anna” owned by Sheikh Mohammed Obaid Al Maktoum and supervised by coach Kevin Ray. The Shadwell team will rely on its chances of competing for the title of “Manzal” under the supervision of coach Owen Boras, and to record the last Emirati participation with the mare “Umm Kulthum” owned by Saeed bin Mohammed Al Qasimi. Coach Richard Fahey.

The Godolphin duo “Creative Force” and “Naval Crown” are facing each other for the second time at Royal Ascot, after they finished first and second in the “Jersey Stakes” race for the “Group 3” horses last year, before the two suitable horses rose to the stallion “Dubawi”. To an even higher level, the Creative Force won last October the British Champion Sprint race for Group1 horses, which took place at the same Ascot track.

In turn, “Naval Crown” managed to break the record for the Meydan track at a distance of seven furlongs “1400 meters” in his first appearance in the “Dubai World Cup Carnival” season, when he was crowned at the beginning of this year with the title of the “Al Fahidi Castle” race for “Group 2” horses, before being crowned He is satisfied with fourth place in his first participation at a distance of 1200 meters in the “Al Quoz Sprint” race for “Group 1″ horses on the evening of the Dubai World Cup” last March.

Emirati Ana in the Platinum Jubilee Stakes begins his British racing season with the ambition of returning to victories in the first category, after ending his season last year in England with a resounding victory in the Betfair Sprint Stakes Cup for Group 1 horses, which took place in September At Haydock.

“Metzal” is based on his chances of competing for the title, on his motive abilities that led him to the first three places in six of his seven participations in the world of racing, including two victories that came on British tracks at a distance of 1200 metres, the first of which came in August last year on a track. Salisbury, followed two weeks later with a win at York.

The mare, Umm Kulthum, is looking forward to her second successive victory at Royal Ascot this season, and the fourth in her career limited to seven participations, after she started her British season with a deserved victory last April over the ancient Newmarket track.