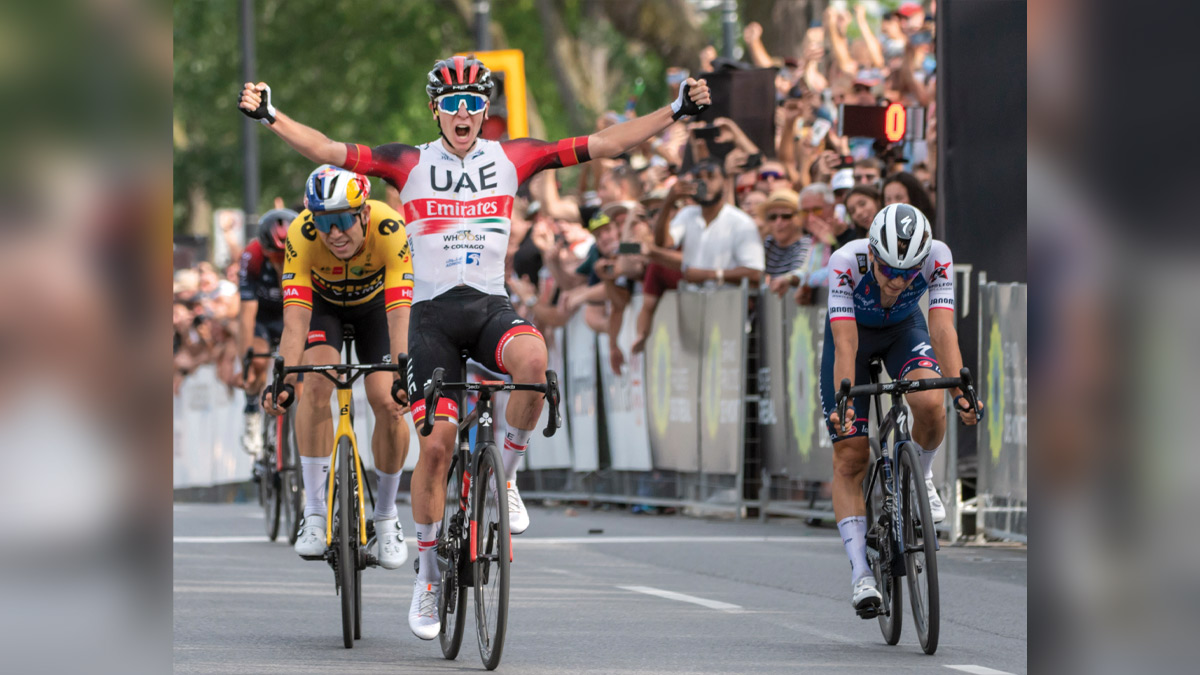 The Slovenian cyclist and UAE team star Tadi Bogacher had been absent from the podiums in the races two months ago, specifically since July 20, when he won the 17th stage of the Tour de France, a mountainous stage with a length of 129.7 km from Saint-Gaudens to Bergaud, and then missed for a large period of time. Winning the races, to come back and snatch the victory from the Belgian cyclist Van Aert, ranked first in the world and ranked to win the world championships in Australia this month and also the Olympics.