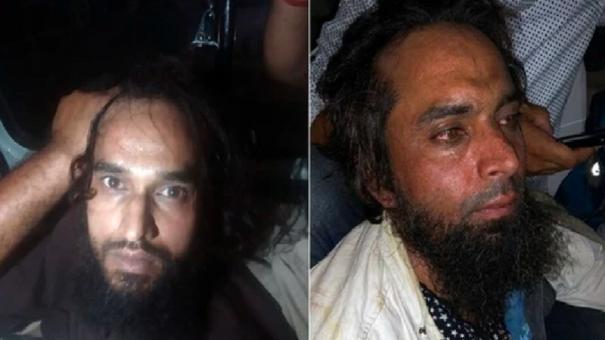 New Delhi: The two men involved in the brutal beheading of a tailor in Udaipur, Rajasthan, have been linked to a Pakistani militant group. The National Intelligence Agency (NIA) has been ordered to investigate the incident. An NIA team has gone to Udaipur for this. A total of 144 restraining orders have been issued in Udaipur since last night. In addition police forces have been dispatched.

Pakistani systems in the background: The killers have been linked to the Dawood-e-Islami group, a Sunni Muslim fundamentalist organization based in Karachi, Pakistan, and the Tehreek-e-Taliban Pakistan (TTP). Investigations into it have been stepped up.

what happened? Kannaiya Lal ran a tailoring shop in the Maldas area of ​​Udaipur, Rajasthan. Two persons who broke into his shop yesterday forcibly dragged Kannaiya Lala, who was working there, and slit his throat in a public place. They went from there unable to try to cut off the head alone. They videotaped the incident and posted it on social media. They also threatened to assassinate Prime Minister Modi.

This caused great tension in the area as it spread virally on social websites. Police investigation has revealed that Kannaiya Lal was assassinated for commenting on social media in support of BJP spokesperson Nupur Sharma who had misrepresented the Muslim apostle Nabi Nayak. The killer of Kannaiya Lala has been identified as Riyas from the same area. Another person was identified as Kaus Mohammad. Both have been arrested.

Returned cop: Riyaz Attari, 38, of Bhilwara, and Kaus Mohammad, of Udaipur, escaped after the massacre and fled to Ajmer Sharif Dargah. Their plan is to take a video from there and spread it. But by then the police had nabbed them at Rajsamand. Both belong to the Sufi Barelvi sub-sect of the Sunni Muslim sect. Both have been arrested under the Unlawful Arms Prevention Act. Soon they are to be handed over to the National Intelligence Agency.