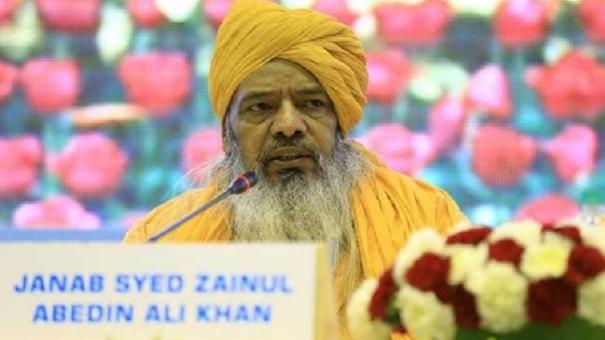 He said, “No religion teaches violence against human beings, especially Islam, which emphasizes peace. The worst video posted on the Internet is of horror. We will not allow Indian Muslims to rise to the Taliban mentality in India. We will protect our motherland. “
Jamaat-e-Ulema General Secretary Maulana Hakimuddin Kazmi has also condemned the assassination. He said whoever committed this incident could not justify it in any way. There is law in the country. He has said that no one can take the law into their own hands.

Massacre in public: Kannaiya Lal ran a tailoring shop in the Maldas area of ​​Udaipur, Rajasthan. Two men who broke into his shop yesterday forcibly dragged Kannaiya Lal, who was working there, and beheaded him in a public place. They videotaped the incident and posted it on social media. They also threatened to assassinate Prime Minister Modi.

This caused great tension in the area as it spread virally on social websites. Police investigation has revealed that Kannaiya Lal was assassinated for commenting on social media in support of BJP spokesperson Nupur Sharma who had misrepresented the Muslim apostle Nabi Nayak. The killer of Kannaiya Lala has been identified as Riyas from the same area. Another person was identified as Kaus Mohammad. Both have been arrested.

Security in Delhi: Police security has been beefed up in the capital Delhi in the wake of the incident. An order has been issued to the cyber police in Delhi. Cyber ​​unit police should actively monitor social networking sites. It has been ordered to take immediate action if there are any records of incitement to sectarianism. Similarly, additional surveillance and security has been ordered in the Jagannath area of ​​Delhi, where religious violence erupted during Hanuman Jayanti last April. Police in Udaipur and Jaipur, Rajasthan. It has been advised to step up security and surveillance across the country.