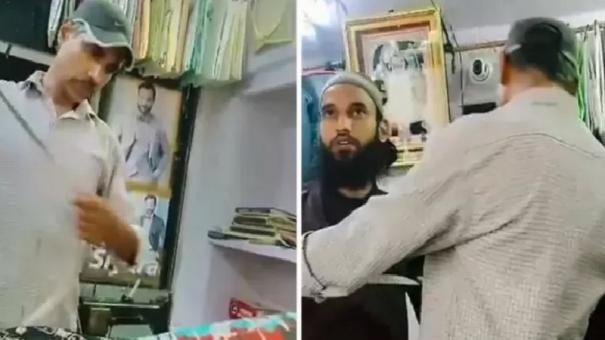 New Delhi: Kannaya Lal, a tailor from Udaipur, Rajasthan, was murdered on June 28. The Congress has made a sensational allegation that one of those arrested in connection with the massacre is a BJP member.

Pawan Khera said: Riyaz Attari is considered to be the main culprit among the two arrested in connection with the murder of Kanniya Lal. He is in the minority wing of BJP. We have photo evidence and Facebook post evidence for that. Riyaz Attari has been in close contact with BJP leaders Irshad Sainwala and Mohammad Tahir. Riyaz Attari has regularly attended all the programs of Rajasthan BJP senior leader and former minister Gulabchand Kataria. Facebook post shared by Irshad Sainwala on November 30, 2018, Mohammad Tahir on February 3, 2019, November 30, 2018, October 27, 2019, August 10, 2021, November 28, 2019 and many other posts have revealed Attari’s close association with BJP leaders.

The silence of Prime Minister Narendra Modi and Home Minister Amit Shah on the Udaipur incident creates the impression that perhaps the BJP is trying to create sectarian strife in the country.
Similarly, there is a doubt that BJP is trying to divide the country through its leaders and spokespersons. Suspicions have arisen that the central government hastily transferred the investigation to the NIA to cover up all the links between Attari and the BJP.
Pawan Khera has spoken thus.

Amit Malviya Denial: Commenting on the allegation, BJP IT wing chief Amit Malviya tweeted, “I am not surprised that you (Congress) are spreading such fake news. The infiltration of people like Riyaz Athari is equivalent to LTTE trying to infiltrate Congress and assassinate Rajiv Gandhi. Such nonsense in matters of terrorism, national security.” “Congress should stop,” he posted.