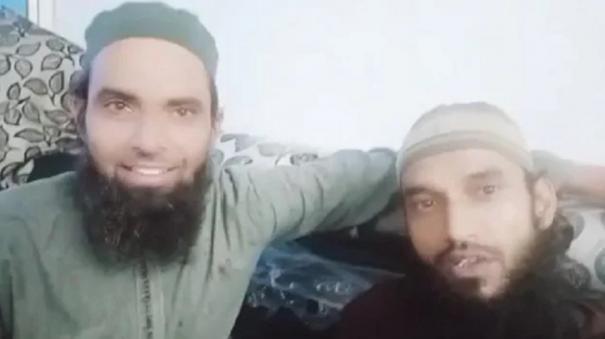 New Delhi: Mohammad Riyaz Attari, 38, has been arrested in connection with the murder of Kannaiya Lal Deli, 40, a tailor in Udaipur, Rajasthan.

Abdul Ayub Lohar, brother of Riyaz Attari, lives in Bhilwara district of Rajasthan. He told reporters, “I am the second of ten brothers born to me. Riaz was the 10th born. Riaz left home in 2001 after the death of our father. He went without any contact with any of us.

It was only after the incident on Tuesday that we came to know that he was in Udaipur. We do not know who he married there.

Anyone who kills in the name of religion must be severely punished. We never expected our cousin to be so cruel. “

Earlier, Nupur Sharma of the BJP was expelled from the party for criticizing the Prophet Mohammad, the Muslim ambassador. Cases have been registered against him in several states. Tensions were high in many parts of the country over his comments.

Meanwhile, Kannaiya Lal, who runs a tailoring shop in the Dhanya Mandi area of ​​Udaipur, Rajasthan, has been supporting Nupur Sharma on the social networking site. Kannaiya had posted on his Facebook page last June 10 in support of the comment.

Kannaiah’s 8-year-old son did it as a sport, his family said. However, there have also been death threats to Kannaiya from pro-Nupur posts. Meanwhile, Mohammad Riyaz, who made a death threat to Kannaiya on June 17, was involved in the murder on Tuesday. He and his friend Kaus Mohammad, 39, who was involved in the murder, were arrested in the next few hours.

Riyaz was questioned by an assistant investigator when he visited the Hathipul police station area in Udaipur last year. Then his hand slipped on Riyaz’s beard. For this, Riyaz shouted loudly and protested. Within minutes, a large crowd had gathered and protested by burning the assistant inspector’s skull.

Biryani for the arrested?

Meanwhile, it was reported that the two detainees lodged in the Udaipur jail were given biryani to eat. Rajasthan police have denied that the viral information on WhatsApp is true.