Uddhav Thackeray should be taught a lesson: Amit Shah rages at BJP meeting 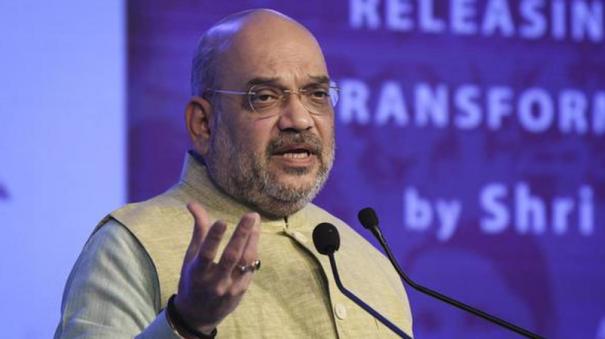 Mumbai: Union Home Minister Amit Shah has said that Uddhav Thackeray, who betrayed the BJP, should be taught a befitting lesson.

Shiv Sena leader Uddhav Thackeray has betrayed BJP. A suitable lesson for him should be a book. Anything can be tolerated in politics. But betrayal alone can never be tolerated.

The main reason for the split of the Shiv Sena party was the arbitrary actions taken in succession. Therefore, former Chief Minister Uddhav Thackeray should take full responsibility for it. Uddhav Thackeray’s greed is the main reason why a section of his party turned against him. This is why Thackeray-led Maha Vikash Agadhi government was toppled. BJP has no role in it.

BJP has not only betrayed Uddhav Thackeray but also the ideology. He has also insulted the people of Maharashtra who trusted him and voted for him. We never promised Uddhav Thackeray the post of Chief Minister. We are not closed-room politicians. According to reports, Amit Shah said that they are people with overt political activity.

At the Ganesha festival