UEFA comments on the events of the Champions League final 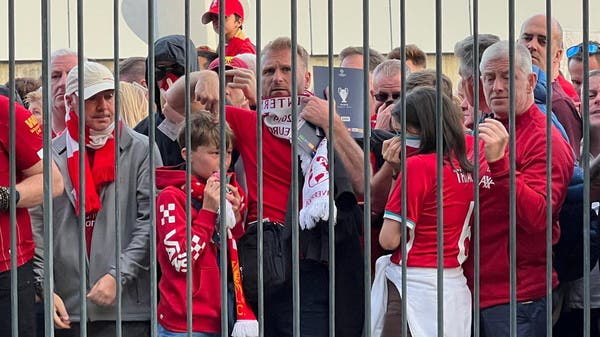 The European Football Association (UEFA) has apologized to the fans affected by the events surrounding the Champions League final after ticket fraud and crowd riots that marred the match at the Stade de France in Paris.

The start of the match was delayed more than 30 minutes after the police tried to prevent some fans from entering the Stade de France, while riot police used tear gas against the fans, including women and children.

UEFA said in a statement: “UEFA would like to sincerely apologize to all fans who have faced or witnessed frightening and disturbing events prior to the Champions League final.” On a night that was meant to be a celebration of European football at the club level. No football fan should be put in such a situation and it should happen again.

French Interior Minister Gerald Darmanin blamed most of the blame on the Liverpool fans, but acknowledged that several hundred local rioters had caused problems with the police.

UEFA commissioned earlier this week to prepare an independent report on the events.

The Confederation has defined the scope of the report, as it looks to determine the sequence of events, study business plans, assess roles and responsibilities and respond to events on and off the field.

The statement added: “The events will be reviewed with UEFA and all relevant parties, including but not limited to the fan groups, the two clubs participating in the match, the fans, the French Football Federation, the police and other local authorities and officials of the stadium.”

Real Madrid demanded answers from organizers about measures to protect fans, while Liverpool CEO Billy Hogan reiterated his call for an investigation, saying he had sent a letter to UEFA in which he asked several specific questions.

Real Madrid won 1-0 in the final to extend its record of winning the continental title 14 times.