“UEFA” lies about the French numbers about fake tickets 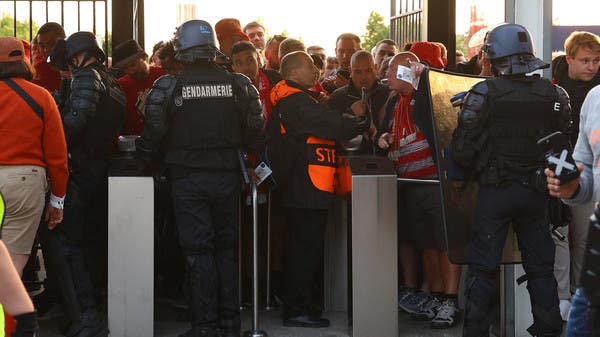 Work began this week on preparing the independent report on the events that accompanied the Champions League final between Real Madrid and Liverpool at the Stade de France in the outskirts of Paris, with its results to be delivered in September, according to the assessment of one of the leaders of the European Union for the game ( UEFA) who lied during his hearing, on Tuesday, before the Senate, the French figures regarding the number of fake tickets.

“Everyone should be questioned in the investigation, and that started this week,” said Martin Kalin, general manager of UEFA Events, the UEFA subsidiary responsible for the commercial operations of events organized by the continental football body.

He told a committee of the French Senate entrusted with the task of following up the investigation of what happened before and during the match that Real Madrid won 1-0 on May 28: We expected that the investigation would take two or three months at least. With its beginning now, we can say that its results will be released around September.

The final match was marred by scenes of chaos, as Liverpool fans struggled to enter the stadium to attend the match, which raised questions about the ability of the French capital to host the 2024 Olympics.

A report issued by the French government on the tenth of this month stated that a series of failures of the authorities caused chaos in the Champions League final, and regretted the police response to the events that caused serious damage to France’s image.

Pressure on France escalated after the local football federation revealed before the Senate that CCTV footage of the Stade de France stadium had been destroyed after not being subject to a court order, in line with French law.

In front of the senators, Kalin returned on Tuesday to the role of “UEFA” in this final: The organizing body of the Champions League manages in particular the issue of ticket sales, which has been the source of controversy since the French authorities claimed that fake tickets led to the chaos outside the stadium.

For Kalin, paper tickets, which are easy to counterfeit, were less suitable for a similar event than approved electronic tickets, but he added that: paper tickets were not the only cause of chaos at the entrances to the stadium.

He explained: The reasons are multiple: the transportation strike that day, bad reactions from the hosts and law enforcement forces, there were delinquents in the ocean, which led to looting and pickpocketing, a large influx in front of the stadium if it was not holders of tickets or holders of fake tickets.

On his way, Kalin refuted what was issued by the French Minister of the Interior, Gerald Darmannan, of a very exaggerated figure for the number of fake tickets in the possession of the Liverpool fans, which was estimated at “30,000 to 40,000”, saying: About 2,600 fake tickets arrived at the turnstiles at the entrances to the stadium. But so many fake tickets never made it to the turnstiles… How many? We don’t know, we couldn’t really verify.

He continued: We do not believe that it is the same as the number mentioned in France in the first days after the final, which was estimated between 30 and 40 thousand.

The Senate will hear from Liverpool and Real Madrid fans later on Tuesday.