Ukraine is looking for a way out for the besieged Azovstal: the wounded in exchange for the Russian prisoners 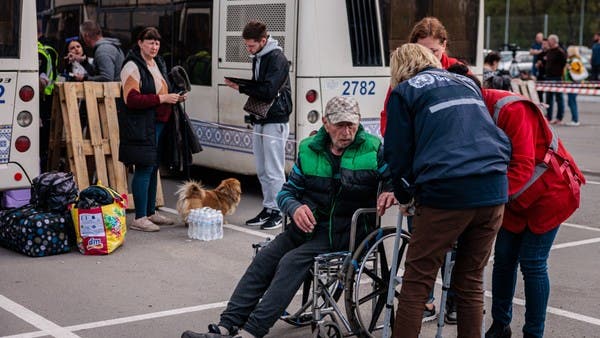 The Ukrainian government confirmed that it was looking for a practical solution to the issue of the fighters trapped in the Azovstal factory, and suggested that Russia evacuate its critically wounded fighters in the factory in exchange for Russian prisoners.

Deputy Prime Minister Irina Vereshuk explained that talks on Azovstal have not made progress, but that the Ukrainian authorities continue to negotiate.

Ukrainian President Volodymyr Zelensky confirmed that the defenders were continuing their resistance at the Azovstal plant.

He stressed that Kyiv is using all possible diplomatic means to save them, but Russia does not allow any of the proposed options.

Zelensky stressed the need to restore all Ukrainian lands from Russian control.

Earlier on Wednesday, Zelensky announced that, despite his country’s pleas, Ukraine had not received the amount of weapons it needed to break the siege of Mariupol and liberate the city.

He stated that Ukrainian cities and towns were exposed to 2,250 missiles during the two and a half months of the Russian military operation in Ukraine.

From the vicinity of the Azovstal plant in Mariupol

“Russia has not given up its hopes in Kyiv”

To that, “Brigadier-General” Oleksiy Hiromov of the Ukrainian army confirmed that the Russians had plans to take control of the “Mykolaiv” and “South Odessa” regions to build a land corridor to the breakaway region of “Transnistria” in Moldova and try to storm Kyiv.

Hiromov added that Russia still hoped to seize more Ukrainian lands, and called for a false vote to make it part of its territory, stressing at the same time that the Ukrainian resistance would thwart such Russian plans.

He considered that the Russian retreat from the occupation of Kyiv occurred after confronting strong Ukrainian defenses.

In this regard, Viktor Dovgan, the former Deputy Minister of Infrastructure and Transport, said: As a result of the Russian hostilities, the infrastructure of Ukrainian roads and bridges was significantly damaged. Important of these infrastructures are bridges.

He continued, “Today we see the return of movement between the states of Poltava and Kiev in the village of Barshev, and this bridge stopped the advance of the Russian forces to Kyiv. They tried to advance to Kiev from the direction of the cities of Sumy and Kharkiv.”

He added that most of the bridges that were destroyed were in the city of Chernigov in the north of the country, which witnessed tank fighting, praising the Ministry of Infrastructure and Communications, which very quickly repaired a bridge in the direction of the city of Zhytomyr, near the capital.

On the other hand, in response to the US intelligence assessment of a protracted war and conflict in Ukraine, the Kremlin confirmed that the military operation of the Russian forces is proceeding according to its specified schedule.