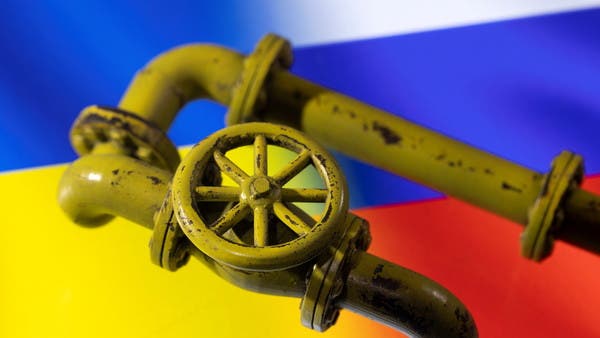 Ukraine’s Naftogaz announced on Tuesday that Kyiv is no longer responsible for gas transit through Russian-controlled territory, and that Russia’s Gazprom has been notified of the matter.

The Ukrainian news agency quoted Naftogaz as saying that the decision to disclaim responsibility relates to a third of the total volume of gas transfers to Europe.

Naftogaz added that a notification letter was sent to Gazprom regarding what it described as force majeure, which it said prevented the company from conducting further gas transfers through the Sukhranivka and Novobskov stations, which are located in territories controlled by Russia, according to the agency.

A gas facility in Ukraine (Reuters)

Ukraine remains a major transit route for Russian gas to Europe, even after the Russian military operation on its soil.

JETSO, which operates Ukraine’s gas system, said it would halt shipments through the Sukhranivka route from Wednesday, declaring a “force majeure” state, a clause that activates when a company is exposed to something beyond its control.

But Gazprom, which has a monopoly on Russian gas exports via pipelines, said it was “technologically impossible” to divert all volumes to the Sudga connection point, further west, as Jutsu suggested.

Sergei Makogon, CEO of Jitsu, told Reuters that Russian forces had begun transporting gas through Ukraine and sending it to two Moscow-backed separatist regions in the east of the country.

The company said that it could not work at the Novopskov gas compressor station, due to “the interference of the occupation forces in technical operations”, adding that it could temporarily transfer the affected quantities of gas to the Sudga connection point located in the territory controlled by Ukraine.

Russian forces and separatist fighters have occupied the Novopskov gas compressor station in the Lugansk region in eastern Ukraine since Moscow launched the military operation in February.

Jitsu said that the Novobskov station is the first pressure station in the Ukrainian gas transportation system in the Lugansk region and a transit route for about 32.6 million cubic meters of gas per day, or a third of the Russian gas that is transported through pipelines to Europe passing through Ukraine.

Jutsu said that in order to fulfill “our transit obligations to all European partners” it would “temporarily transfer unavailable capacity” to the Sudja connection point.