Ukraine: Russian attack on Severodonetsk to control it 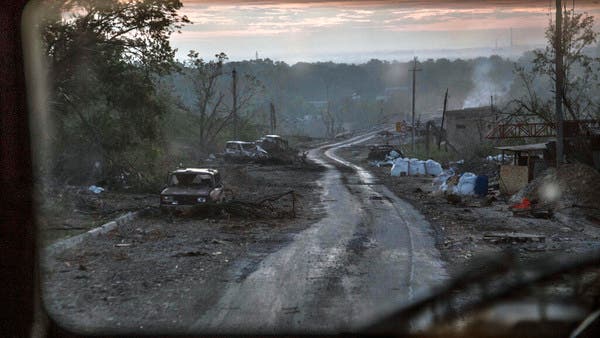 Violent battles continue between Russian and Ukrainian forces in Severodonetsk, eastern Ukraine, as Moscow launched an attack on the city today, Friday, in order to extend its full control over it and besiege the Ukrainian forces there.

And the Ukrainian News Agency reported that the battles are continuing in the city, and that the Russian forces launched artillery shelling on it.

Russian forces are pressing to take over the entire city, especially since Severodonetsk and Lyschansk, on the opposite bank of the Seversky Donets River, are the last territories controlled by Ukrainian forces in the Lugansk region.

For his part, Ukrainian Security Council Secretary Oleksiy Danilov stressed earlier that the situation was “extremely complex” and that Russian forces were concentrating all their strength on the region. In an interview with Reuters, he confirmed that “the Russians are bombing his army day and night.”

These field developments come as Kyiv asserts that its only hope to turn the tide in its favor in the small industrial city to the east is to provide it with more long-range artillery to counter the massive Russian force.

Russia aims to control the entire Donbass basin (which includes Lugansk and Donetsk), after it was partially seized by pro-Moscow separatists in 2014, with the aim of opening a land corridor linking east to the Crimea, which it annexed to its territory in the same year.