Ukraine: We destroyed more than 1,000 Russian vehicles since the beginning of the war 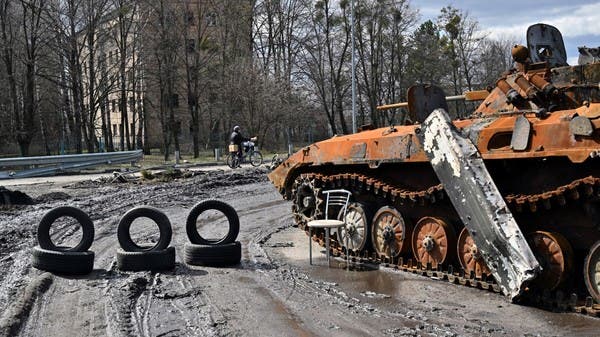 Today, Saturday, the Ukrainian Ministry of Defense announced the destruction of more than 1,000 Russian vehicles, including tanks and armored vehicles, since the beginning of the war.

It added that it repelled 14 Russian attacks in the east of the country, according to what the Al-Arabiya correspondent quoted an official in the ministry as saying.

In this context, the Ukrainian National Guard published a video clip, on Saturday, that it said was a raid on Russian military vehicles near Izyum in the Kharkiv region.

The video clip was not accompanied by any information about the timing of its capture.

The Ukrainian General Staff said that Russia has stepped up its offensive in the east of the country, with the aim of taking full control of the Donetsk and Lugansk regions, and creating a land corridor to the Crimea.

The latest statement on Thursday indicated the transfer of more troops to the city of Izyum.

On the other hand, since the start of its military operation in Ukraine on February 24, Moscow announced the destruction of 142 aircraft, 111 helicopters, 621 drones, 277 air defense missile systems, 2,629 tanks and armored vehicles, 302 rocket launchers, 1,154 artillery and mortars, in addition to 2,445 special military vehicles.