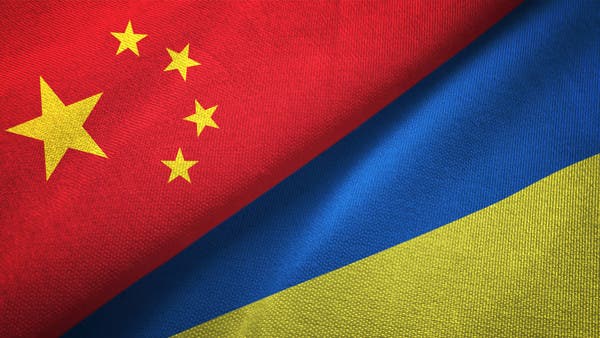 Ukrainian Foreign Minister Dmytro Kuleba asked China to provide security guarantees for Kiev, in a lengthy interview that included direct criticism of Moscow and was recently published by state media in Beijing.

Western powers and Ukraine have repeatedly urged China to condemn the Russian invasion, while Beijing is trying to maintain a supposedly neutral stance, and the United States threatens it with consequences if it provides military or economic support to Moscow.

“Ukraine is currently studying the possibility of obtaining security guarantees from permanent members of the UN Security Council, including China and other major powers,” Xinhua news agency quoted Dmytro Kuleba as saying on Saturday.

“We propose that China become one of the guarantors of Ukraine’s security, and this is a sign of our respect and trust in the People’s Republic of China,” he added.

China pledged in 2013 to give Ukraine “security guarantees” if it was invaded or threatened by a nuclear attack, but appeared evasive on the same issue in the wake of the Russian attack.

In response to a question about the safeguards last month, a Chinese Foreign Ministry spokesman pointed out that “these security guarantees have clear limitations in their content and are activated in specific circumstances,” referring to a similar United Nations security resolution on non-nuclear states.

Chinese officials have often blamed the US-led NATO for provoking the invasion of Moscow, and have accused Western countries of fueling the conflict by sending weapons to Ukraine.

Kuleba has made only two calls with his Chinese counterpart Wang Yi since the invasion began on February 24, while Wang met with Russian Foreign Minister Sergey Lavrov in China last month, stressing that cooperation between the two countries “has no limits.”

In the interview with Xinhua, Kuleba also accused Russia of “undermining” Beijing’s “Belt and Road” infrastructure initiative, warning that the consequences of the global food security crisis would threaten the Chinese economy.

“We also believe that this war is not in China’s interest,” the agency quoted him as saying.

“The situation does not escalate because of Ukraine, we are exercising our right to defend ourselves,” he said, in an apparent response to Chinese warnings to other countries that provide weapons to Kyiv.