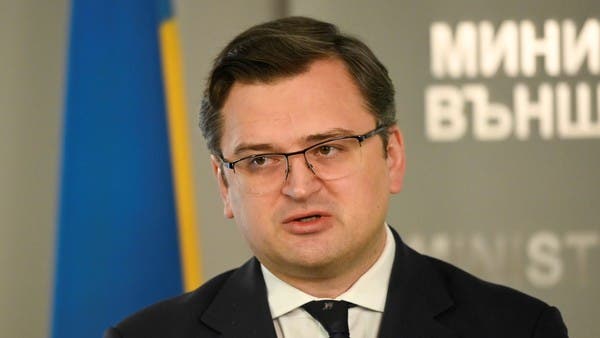 Today, Wednesday, Ukrainian Foreign Minister Dmytro Kuleba said that Russia is struggling to advance and suffering heavy losses, stressing that this is the reason for its missile strikes across the country.

Kuleba called on his Twitter account to impose more sanctions on Russia and provide more heavy weapons to Ukraine, saying, “Russia must be punished for missile terrorism.”

He added, “We are not afraid, and the world should not be afraid either.”

Kuleba’s comments come as Russian forces for the first time launched a tank and infantry attack on steel plants in Azovstal, the last enclave of Ukrainian resistance in the southeastern city of Mariupol.

Russia struggles to advance and suffers terrible losses. Thus the desperate missile terror across Ukraine. But we are not afraid and the world should not be afraid either. More sanctions on Russia. More heavy weapons for Ukraine. Russia’s missile terrorism must be punished.

Until now, the Russian forces have been bombing by planes and from the sea steel factories whose tunnels dated back to World War II, and fighters and civilians have sought refuge in them, deprived of water, food and medicine, without trying to enter them.

Kyiv, Odessa, Donetsk and Lviv are under fire

On the ground, Russian forces continued their offensive in eastern Ukraine, on Tuesday. The General Staff of the Ukrainian forces said that Russian forces fired missiles in several regions of the country, including Kyiv, Odessa, Donetsk and Lviv, with the aim of “destroying the transport infrastructure in Ukraine.”

The Ukrainian General Staff added this morning, Wednesday, that in the Donetsk region alone, where Russia has focused its attack for days, 12 Russian attacks have been repelled in the last 24 hours.

Dozens killed and injured in Donetsk

Twenty-one civilians were killed and 27 others wounded in the Donetsk region, on Tuesday, in the largest daily toll since the strike on the Kramatorsk station, which left 57 people dead, the region’s governor, Pavlo Kirilenko, said on Telegram.

Also, ten of those killed were killed in a raid on a factory in Avdiivka and five in Lyman, one of the hotspots on the front line.

In the south, the big city of Odessa once again became a target for Russian missiles.

It is noteworthy that the Russian Defense Ministry confirmed today that it bombed 6 railways used to supply the Ukrainian army with Western weapons, in addition to the bombing of 40 Ukrainian military targets, including ammunition depots, as well as the downing of 9 Ukrainian marches, and 4 Smirch missiles.