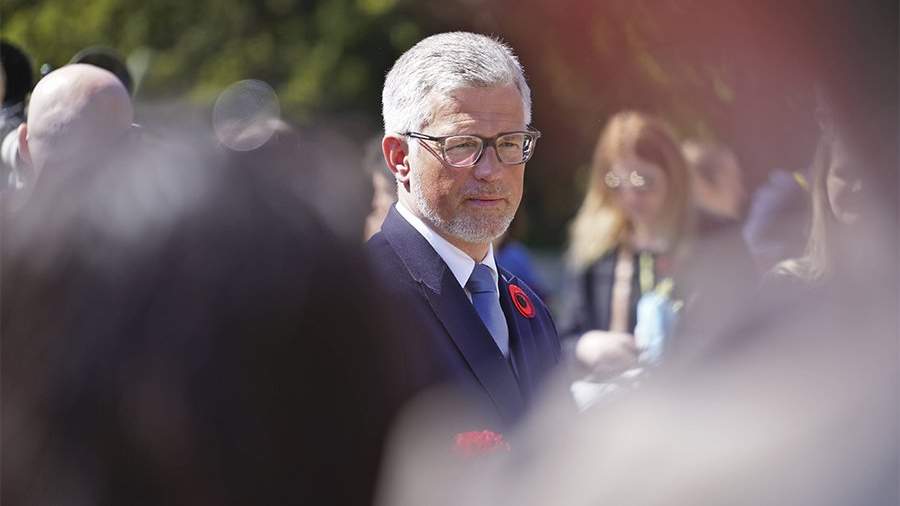 Residents of Berlin booed the Ukrainian ambassador to Germany Andriy Melnyk during a wreath-laying ceremony at the memorial of Soviet soldiers in the Tiergarten district of Berlin. This is reported on Sunday, May 8, the newspaper Berliner Zeitung.

As the newspaper writes, the Germans gathered near the monument chanted “Melnyk raus!” – “Melnik, get out!”, both in German and Ukrainian.

Prior to this, the Ukrainian ambassador was asked who liberated Berlin from fascism, to which he replied – “Ukraine”.

The day before, German users of the social network Twitter reacted sharply to Melnyk’s statement about the ban on displaying Ukrainian symbols during commemorative events and actions on May 9 in Berlin. He called such a ban “a slap in the face to Kyiv” and turned to the mayor of the city with a request to lift the restriction. In response, the Germans pointed out to the ambassador that not everything that happens in Germany concerns him personally or should be connected with Ukraine. Some even called on the German Foreign Ministry to deport Melnik from the country.

On the eve of the celebration, the Berlin police banned the display of Ukrainian and Russian symbols, including St. George ribbons, the letters V and Z, and military uniforms. The state flags of Russia and Ukraine were banned. This decision was argued by the desire to avoid provocations and the growth of tension. Exceptions were made for diplomatic delegations and veterans.

The other day, on May 6, Melnyk also spoke out about German Chancellor Olaf Scholz, calling him “an offended liverwurst” for not accepting an invitation to visit Kyiv. The diplomat refused to apologize to the Federal Chancellor for his remark.

The Ukrainian ambassador is known for his undiplomatic remarks. In particular, he aggressively demanded that Berlin provide weapons to Kyiv, made claims to the European Union on the issue of an embargo on Russian energy resources, believing that the European Union was slow to make a decision. In addition, he accused the German president of maintaining ties with Russia. According to Melnyk, the conduct of a special operation to protect the inhabitants of Donbass “does not play a big role” in the attitude of the President of Germany towards Moscow.