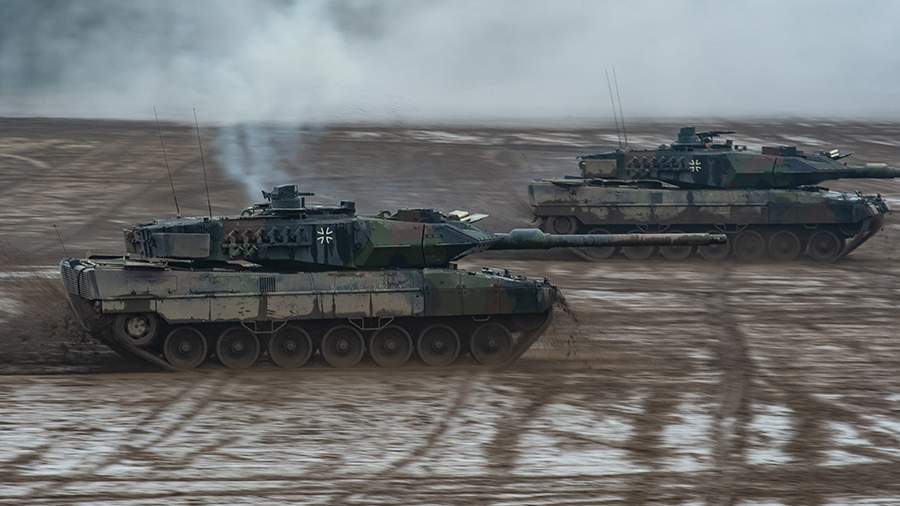 Ukrainian Ambassador to Germany Oleksiy Makeev called on the German government to allow the delivery of Leopard 2 tanks to Kyiv as soon as possible. He stated this on January 21 in an interview with the DPA agency.

“We need German tanks right now. <…> we don’t have time for reflection, reflection and hesitation. What we need: make decisions, educate and coordinate our actions. Immediately,” Makeev says.

At the same time, the diplomat was disappointed with the results of the meeting of Western defense ministers held the day before at the Ramstein base in the United States. According to him, Ukraine expected more from German partners, as Kyiv urgently needs Leopard 2.

The day before, German Defense Minister Boris Pistorius said that the participants in the meeting at the Ramstein airbase did not decide on the transfer of Leopard 2 tanks to Ukraine. He noted that the views of the allies on the supply of tanks differ, and assured that Germany was not the only one opposed to sending such military equipment.

On the same day, Stefan Kotre, a member of the Bundestag from the Alternative for Germany (AfD) party, in an interview with Izvestia, said that Germany should “stay aside”, but at the same time “understand the positions of both sides.” In his opinion, the Germans should no longer turn their weapons against the Russians.

On January 18, it was reported that Germany was ready to provide Ukraine with Leopard 2 tanks, subject to the transfer of Abrams tanks by the United States to the Armed Forces of Ukraine. Berlin has always expressed its opposition to acting alone in the matter of supporting Kyiv. The United States, in turn, insists that Germany not only allow other countries to transfer the Leopard 2, but also participate in the deliveries itself.

At the same time, on January 17, German Chancellor Olaf Scholz evaded a direct answer to the question about the supply of tanks to Ukraine. He explained that Berlin at the same time seeks to support Kyiv by all possible means and not contribute to the escalation of the conflict in Ukraine.

Western countries have stepped up military and financial support for Ukraine against the backdrop of Russia’s special operation to protect Donbass. The decision to hold it was made by the President of the Russian Federation Vladimir Putin against the background of the aggravation of the situation in the region as a result of shelling by Ukrainian forces.