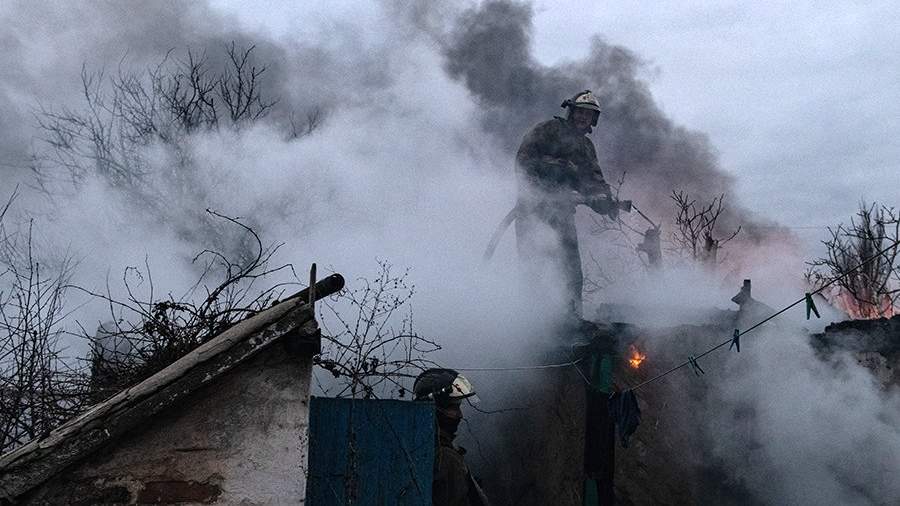 On January 4, the Armed Forces of Ukraine (AFU) fired 332 shells of various calibers at the settlements of the Donetsk People’s Republic (DPR). This was reported in the representative office of the republic in the Joint Center for Control and Coordination of Issues Related to War Crimes of Ukraine (JCCC).

In the Donetsk direction, 28 attacks from multiple launch rocket systems (MLRS) were recorded. In the Yasinovatsky direction, there were 8 shellings from artillery with a caliber of 155, 152 and 122 mm.

Earlier that day, the headquarters of the territorial defense of the DPR announced that a man had died in Donetsk after being injured in the shelling of the Petrovsky district of the city.

At the same time, it was reported that Ukrainian troops fired 12 shells of 122 and 155 mm caliber at Donetsk and Yasinovataya in the DPR. The VFU carried out strikes on the city and the settlement with a difference of half an hour, it was noted in the message of the representative office of the republic in the JCCC.

On January 2, the headquarters of the territorial defense of the DPR reported that two people were injured as a result of the shelling of the Kuibyshevsky district of Donetsk by the Armed Forces of Ukraine. Also on that day, the Kyiv district of Donetsk was shelled, on which five shells were fired from the same artillery installations.