Ukrainian Army: Russian equipment on Snake Island has been destroyed 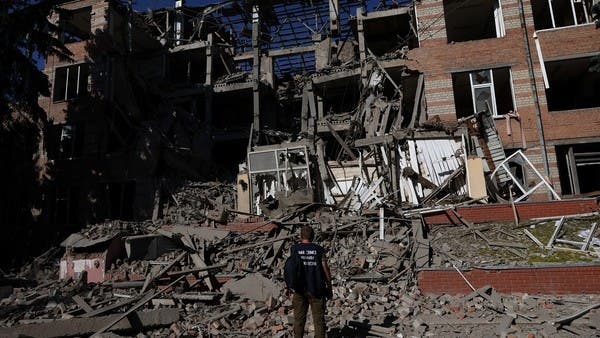 Today, Thursday, the Russian army continues to strike the positions of Ukrainian forces and military infrastructure, and to liberate the Donbass lands, as part of its military operation that began on February 24, while Kyiv continues to receive material support and military equipment in the face of the Russian bear.

In the latest development, the Ukrainian army announced that Russian equipment on Snake Island had been destroyed.

Before that, the Russian Defense Ministry reported that Russian forces had left Snake Island in the Black Sea off Odessa, as a goodwill gesture to facilitate the transportation of Ukrainian grain abroad. She added that the withdrawal from Snake Island “proves that we are not hindering the international efforts to export Ukrainian grains. It is Ukraine’s role to clear the coasts of the Black Sea of ​​mines.”

The Russian Defense added that Russian missiles destroyed the command center of Ukraine near Dnipro, while confirming that the total number of Ukrainian soldiers who had been captured or surrendered was more than 6000.

Simultaneously, Oleksei Harumov, Brigadier-General of the Ukrainian Armed Forces, said that Russia intensified its missile attacks in the second half of June. He added that more than half of the missiles were from Soviet reserves and were less accurate, saying that this was the reason why Russia bombed apartment buildings.

This comes as Andrei Maruchko, a lieutenant colonel in the Luhansk People’s Forces, said that the detachments of the Ukrainian forces had received an order to withdraw from Lyschansk.

Before that, the President of the Russian Republic of Chechnya, Ramzan Kadyrov, announced that the advanced military groups had stormed the city of Lyschansk, which will soon be liberated from Kyiv forces.

The assistant to the President of the Chechen Republic, Apti Alaeddinov, announced earlier that the process of encircling the city of Lysichansk is in full swing, and that the chance of Ukrainian forces withdrawing from this city is greatly diminished with every passing hour.

Rodion Miroshnik, Ambassador of the Lugansk Republic in Moscow, said that “the allied forces have completely taken control of the area of ​​the oil refinery in Lysichansk, and the disinfection of the rubber products factory in the city has been completed.” The ambassador indicated that the process of clearing the rest of the city from the remnants of the Ukrainian forces continues.

This comes as hundreds of Ukrainian forces have completed military training in Britain, including training on multiple launch missile systems provided by the British government to help counter Russian artillery tactics.

The training is part of a large-scale international support package in the wake of Russia’s military operation, as the West seeks to help Ukraine fend off Russian forces by providing advanced weapons systems and skills to use them.

Ukrainian President Volodymyr Zelensky told NATO leaders on Wednesday that his country needed more weapons and money to defend itself as Russia stepped up its attacks across several fronts.

During a surprise visit to Kyiv this month, British Prime Minister Boris Johnson announced a separate training exercise for Ukrainian forces, with the potential to train up to 10,000 soldiers every 120 days.

In a report on Thursday, Amnesty International considered that the March 16 bombing of the Mariupol theater in Ukraine clearly constituted a Russian “war crime”, stressing on the other hand that the death toll from this air strike was much lower than what Kyiv announced.

“Until now we have been talking about a supposed war crime. Now we can say clearly that it was a crime committed by the Russian armed forces,” said Oksana Pokalchuk, director of the human rights organization in Ukraine during a visit to Paris.

She added that on March 16, two huge explosions destroyed a large part of the theater, as a result of an “air strike” during which “two bombs of 500 kilograms each were thrown.”

Pokalchuk explained that the experts she consulted with Amnesty International assured her that the nature of the damage to the theater refutes the hypothesis put forward by Moscow that the explosion took place from inside the theater and that the Ukrainian forces are responsible for it.

According to Pokalchuk, the skies of Mariupol were at that time “under Russian control” and there were no “Ukrainian planes” flying there.

She added that satellite images taken before and after the attack showed that “there was no Ukrainian military presence around the theater.”

Amnesty International condemned a “deliberate” attack on a site where hundreds of innocent people had taken shelter from bombing, in front of which the word “child” was written in huge white letters to inform aircraft of the presence of children inside.

Pokalchuk stressed that these facts make the Russian bombing of the theater a “clearly a war crime.”

The only good news in Amnesty’s report is that the death toll from the raid is much lower than what the Ukrainian authorities initially announced when the Mariupol municipality confirmed that about 300 people had been killed in the bombing.

According to the report, “Amnesty International believes that at least 12 people were killed in the attack, and there must be many more, and that many more were seriously injured.”

Amnesty International’s report was based on testimonies collected from 50 witnesses, as well as the opinions of many experts.