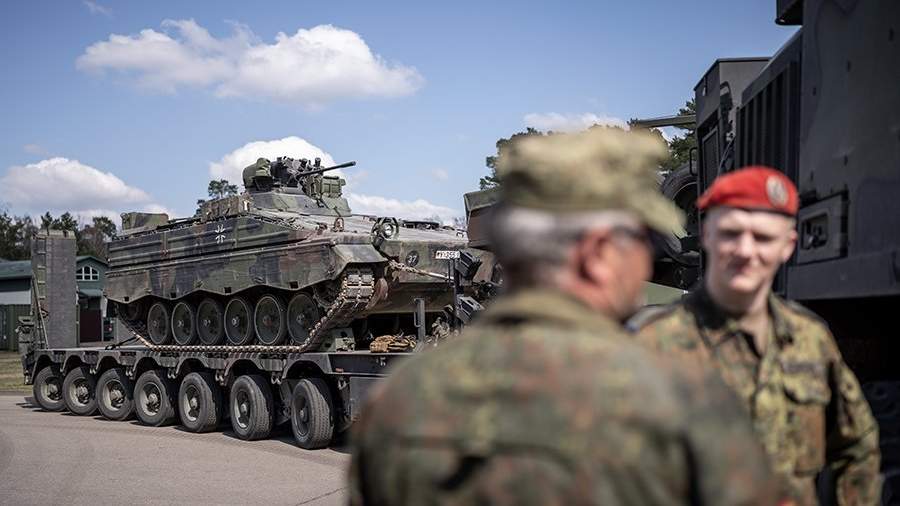 Deputy Foreign Minister of Ukraine Andriy Melnyk called on the German authorities to provide Kyiv with all available types of heavy weapons, including tanks and ballistic missiles. He stated this in an interview with the editorial association Redaktionsnetzwerk Deutschland (RND), published on Friday, January 6th.

According to the diplomat, Germany’s promise to send a Marder infantry fighting vehicle (IFV) should be only the “first violation of a taboo” by Berlin. He believes that Germany should immediately supply Ukraine with other combat systems.

“We are talking about all available heavy weapons, such as battle tanks, fighter jets, combat drones, warships, submarines, ballistic missiles,” he said.

Also on Friday, German government spokesman Steffen Hebeshtreit said that the Marder BMP would be ready in the first quarter of 2023. According to him, about 40 such vehicles will be transferred in total, which is equal to one battalion. Hebeshtreit did not specify where exactly the Marder BMPs would come from – from the stocks of the Bundeswehr or they would need to be produced.

A day earlier, Germany and the United States agreed to work together on the transfer of Patriot air defense systems to Ukraine. At the same time, it was reported that as part of military assistance to Kyiv, American and German-made infantry fighting vehicles – Bradley and Marder, respectively, would be provided.

The Russian Embassy in Germany condemned Berlin for the decision to supply these complexes to Ukraine. The diplomatic mission stressed that they consider this step as another attempt to escalate the Ukrainian conflict.

Moscow has repeatedly noted that Western countries, by supplying weapons to Ukraine, are only prolonging the conflict around the country.

Russia’s special operation to protect Donbass, whose residents refused to recognize the results of the 2014 coup d’état in Ukraine, continues. The decision to hold it was made against the background of the aggravated situation in the region due to the increased shelling of Ukrainian troops.