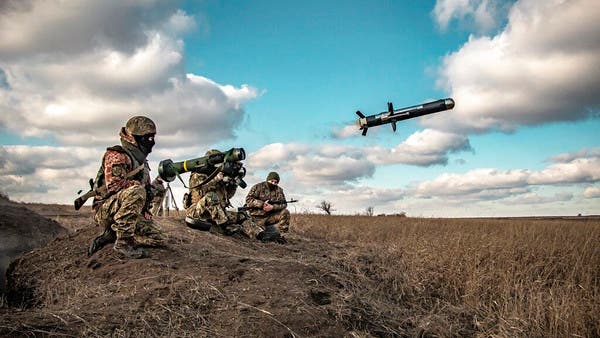 On Friday, a number of government websites in Ukraine were subjected to a major information attack, which was not immediately claimed by any party, the authorities announced, at a time when tension escalated between Kiev and Moscow.

The Ministry of Education and Science announced on its Facebook page that its official website was “temporarily closed due to the comprehensive attack that occurred on the night of January 13-14.”

The websites of other ministries, including the Ministry of Emergency Situations, were also not accessible, AFP noted.

In this context, the United States renewed its commitment to provide defense assistance to the Ukrainian army. The Pentagon spokesman said that the US Secretary of Defense discussed, during a telephone conversation with his Ukrainian counterpart, the unjustified Russian military build-up in Ukraine and on its borders.

He added that the US Secretary reaffirmed the United States’ support for Ukraine’s sovereignty and territorial integrity, including current efforts to enhance the capabilities of Ukrainian forces through the provision of defense assistance.

Former US intelligence and national security officials revealed that the CIA is overseeing an extensive covert training program for Ukraine’s elite forces and other intelligence elements.

Officials also noted that these CIA-trained forces could play a critical role on Ukraine’s eastern border.

US National Security Adviser Jack Sullivan announced Thursday that his country is working on a package of financial sanctions par excellence against Russia, stressing the need to stop the mobilization of more Russian forces at the Ukrainian border, but he pointed out that intelligence does not think that Moscow took a decision to invade Ukraine.

The US National Security Adviser explained during a press conference that Russia has stationed tens of thousands of its soldiers at the borders of Ukraine, indicating that the United States is ready for any Russian action away from dialogue, warning at the same time that Russia’s invasion of Ukraine would be disastrous for it, and that America will confront with Europe for any actions on the part of Russia.

Prior to that, the Pentagon confirmed to Al Arabiya, Thursday, that there are no indications of Russia’s withdrawal from the border with Ukraine.

US Defense Secretary Lloyd Austin told his Ukrainian counterpart that his country is committed to fully supporting Ukraine’s sovereignty.

This comes in light of border tension between Kiev and Moscow, where Russian forces have massed in what many fear is preparations for a possible invasion.