Ukrainian official: Our forces may have to withdraw from Severodonetsk 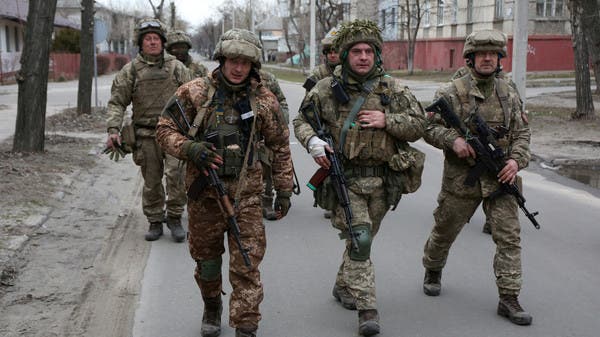 The governor of the Luhansk region said on Wednesday that Ukrainian forces may have to withdraw from the strategic city of Severodonetsk in eastern Ukraine that is “bombing 24 hours a day” to better fortified positions.

Sergei Gaidai told the “1+1” network that “it may be necessary to withdraw,” while the Russians partially took control of the city a few days ago.

This comes while the Russian Defense announced that the Ukrainian forces are deploying armored vehicles, rocket launchers and the American M777 howitzer in the grain and wheat silos of Kharkiv and Donetsk regions, and firing from them towards the territory of Russia.

The head of the Russian Defense Monitoring Center explained that the aim of these measures is to provoke a response with fire, thus accusing the Russian forces of carrying out indiscriminate strikes on civilian infrastructure, and endangering Ukrainian food security.

On Tuesday evening, the Ukrainian Operations Command of the Southern Front condemned “those who claim to be concerned about the global food crisis and in fact strike agricultural fields and agricultural infrastructure where widespread fires are breaking out”, referring to the Russian bombing in the vicinity of Mykolaiv (south).

At the same time, the Russian Defense Ministry confirmed that Ukrainian forces “deliberately set fire to a large grain warehouse” in the port of Mariupol.

“More than 50,000 tons of grain were destroyed,” said Russian General Mikhail Mezintsev, accusing the Kyiv regime of practicing “food terrorism against its own people.”

In the field, fierce battles continued, Wednesday, to control Severodonetsk, which Moscow asserts had “liberated” its residential areas, while Ukrainian President Volodymyr Zelensky praised the “heroic” defense of this major city in Donbass.

The Russians assert that they have “completely liberated” the residential areas of this strategic city to control the entire Dubnas basin, rich in coal mines, in eastern Ukraine. “Control of its industrial zone and neighboring towns continues,” Russian Defense Minister Sergei Shoigu said in a rare television briefing on Tuesday.

But Kyiv denied this. “They do not control the city,” said Sergei Gaidai, governor of the Lugansk region, which together with Donetsk forms the Donbass basin, on the Telegram application, but admitted that “it is very difficult to keep Severodonetsk,” and even spoke of an “impossible mission.”

“The enemy, the Russian army, has mobilized all the forces and all the precautions to cut off the great road between Lysekhansk-Bakhmut in order to take Severodonetsk. They are shelling Lyschansk very violently,” Gaidai said.

‘A vital need for weapons’

Severodonetsk and Lysichansk, separated by another river, are the last two cities still under Ukrainian control in the Lugansk region. Their fall will open the way for the Russians to Kramatorsk, the big city in the Donetsk region.

For his part, Ukrainian President Volodymyr Zelensky stressed in his daily video speech on Tuesday evening that “there has been no significant change on the front during the past 24 hours”, and that “the heroic defense of Donbass continues.”

Kyiv asserts that it inflicted heavy losses on its invaders. Zelensky said on Tuesday evening that “more than 31,000 Russian soldiers have been killed in Ukraine.”

“Since February 24, Russia has been paying the price for this absurd war with the lives of 300 of its soldiers every day,” he added. He predicted that “there will come a day when the number of dead and wounded for Russia becomes unacceptable.”

Establishing secure sea lanes for grain exports through the Black Sea will be the focus of discussions in Ankara on Wednesday between Russian Foreign Minister Sergei Lavrov and his Turkish counterpart Mevlut Cavusoglu.

On Tuesday, Lavrov arrived in Turkey, where he will discuss the possibility of Ukraine exporting its crops stuck in its ports, and this leads to an increase in the prices of these materials and threatens some countries in Africa and the Middle East with starvation.

At the request of the United Nations, Turkey offered its assistance to escort naval convoys from Ukrainian ports, despite the presence of mines, a number of which were detected near the Turkish coast.

Ukrainian media confirmed that “the United Nations and Ukraine” will participate in the discussions, Wednesday, but the Ukrainian embassy in Ankara denied any contact between Ambassador Vasyl Bodnar and Lavrov.

In a new development, Sputnik news agency reported, on Wednesday, that the authorities of the Ukrainian Zaporizhia region announced the holding of a referendum to join Russia.

“In the Zaporizhia region, the first batch of Russian passports will be ready for issuance on June 12, at least 500 people will receive them,” the authorities said in a statement.

Vladimir Rogov, a member of the Civil Military Administration of the Zaporizhia region, told Sputnik that the first batch of passports of citizens of the Russian Federation is ready for issuance in the region, and will be delivered on Russia Day.