Ukrainian police: the bodies of 20 civilians were found in the Kyiv region 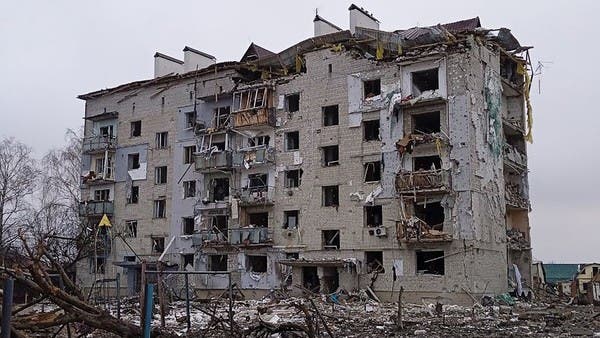 The Ukrainian police announced, on Wednesday, that 20 new bodies of civilians were found during the past 24 hours in the Kyiv region, bringing the number of civilians whose bodies have been found so far to 1,235.

The 20 bodies were found “in Borodianka and in neighboring towns and villages in the Vyshgorod region,” regional police chief Andrei Nebitov said in a video posted by the Interior Ministry.

“Most of them were shot.”

He also added that “1235 bodies belonging to civilians were found, 800 of which were examined by experts.”

He also explained: “I can unfortunately tell you that most of them were shot.”

While the police said that so far 282 bodies have not been identified.

It is noteworthy that the Kyiv police announced, last Saturday, the discovery of a new mass grave in the town of Bucha, north of Kyiv.

And the police chief Andrei Nebitov said in a statement that the marks found on the bodies prove that they were tortured, according to AFP.

It should be noted that shortly after the withdrawal of Russian forces from the vicinity of Kyiv, in late March, to focus their operation on eastern Ukraine, the Ukrainian authorities accused the Russians of killing hundreds of civilians in the town of Bucha, north of Kyiv.

Russia denied targeting civilians, describing these accusations as lies and fabrications with the aim of discrediting the Russian army.

However, international calls have been mounting for weeks to investigate war crimes committed by Russian forces on Ukrainian lands, whether in the vicinity of the capital or Mariupol in the southeast of the country, which fell a while ago into the hands of the Russians, following a weeks-long siege.