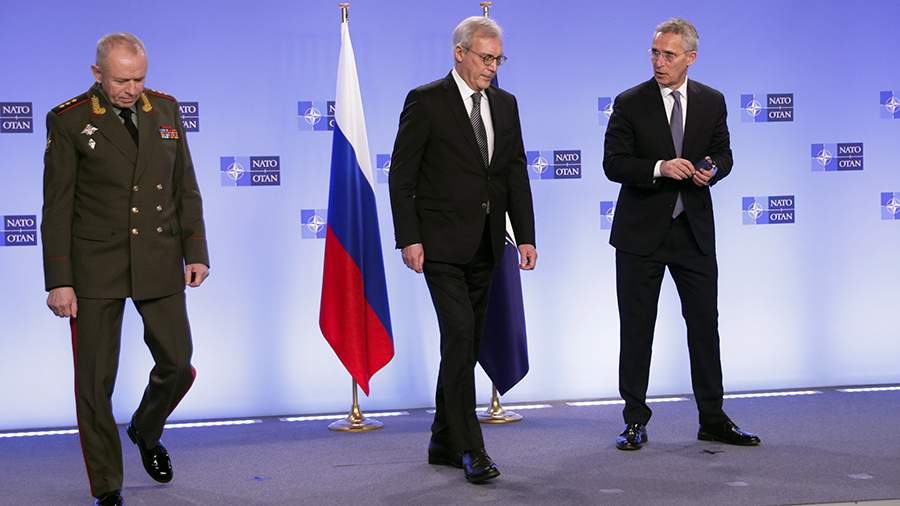 Ukrainian political scientist Andrei Zolotarev on Thursday, January 13, in an interview with Izvestia after the meeting of the Russia-NATO Council in Brussels, said that some of Moscow’s proposals to the North Atlantic Alliance would be rejected.

“It is clear that Russia’s demands to provide legal guarantees that Ukraine and Georgia will not join NATO will be rejected. To accept such a demand is to immediately hang a padlock on their headquarters in Brussels and disband NATO. Well, I believe that there was an element of a game of raising the stakes … the intention not to speak with NATO, but to speak with the United States, ”he said.

According to Zolotarev, the negotiations were held on the principle “what is ours is ours, and we’ll talk about yours,” which led to a lack of results.

“Where I see, there may be progress – this is in the issue of medium and short-range missiles. Yes, there are problematic moments, yes, they did not find mutual understanding, but somehow the dialogue can go further and achieve something, ”the expert explained.

He added that the summit could also result in the resumption of the work of the missions.

The meeting of the Russia-NATO Council ended in Brussels on Wednesday. The meeting took place at the headquarters of the North Atlantic Alliance. Negotiations began at 10 am local time (12:00 Moscow time). The meeting lasted longer than planned – more than four hours.

Stoltenberg called the NATO-Russia Council meeting “a difficult but important discussion.” He said that the parties discussed the situation in Ukraine, as well as security issues in Europe. The Alliance Secretary General stressed that there are disagreements between Russia and NATO, which “are not easy to overcome, but it was important to start a dialogue.”

Deputy Foreign Minister of the Russian Federation Alexander Grushko noted that “the task of“ containing Russia ”is at the forefront of NATO’s policy and military development. According to him, “colossal resources are allocated for this, it is not hidden that this is the main purpose of the alliance, and this very fact has a destructive effect on attempts to build common European security on other principles.”