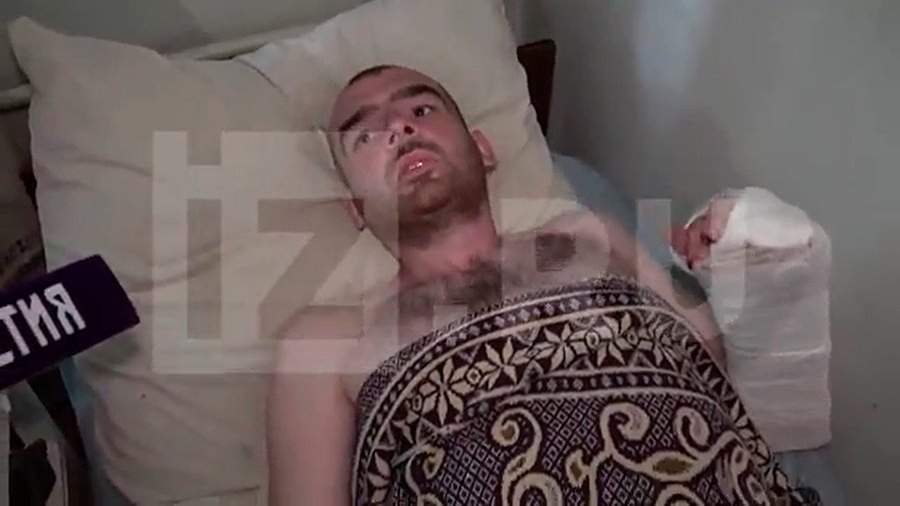 A captured Azov militant (against the members of the organization in Russia initiated criminal cases) Artem Zubov, who was wounded during the strike of the Armed Forces of Ukraine (VFU) on Yelenovka, spoke about the incident and appreciated the deed of his colleagues.

“If it’s true, it’s not a good thing to do, yes, a kind of [предательство]”Zubov said.

He received injuries to his arm and both legs, and also said that the blow was very strong.

“The blow fell on the entrance of the building, it became clear later, when we were running away. A very strong explosion, it seems to me, something very powerful, a lot of sparks, instantly a fire, everything fell down, many people immediately died from the explosion, ”the captured militant said.

He also thanked the staff of the pre-trial detention center providing assistance to the victims, and added that the prisoners of war were treated well in the colony.

The strike from the American HIMARS multiple launch rocket system on the pre-trial detention center in Yelenovka was inflicted on July 29. On the territory of the pre-trial detention center, fragments of a rocket were found, this is also confirmed by footage published from the scene of the shelling. The incident is a purposeful bloody provocation of the Kyiv regime, the Ministry of Defense of the Russian Federation pointed out.

On July 3, Speaker of the State Duma of the Russian Federation Vyacheslav Volodin said that Zelensky and Washington were responsible for the missile attack on the pre-trial detention center in Yelenovka. According to him, the recognition of their atrocities by the nationalists of the Azov group would lead to demands to prosecute the leaders of a number of NATO countries.