Ukrainian refugees tried to disrupt the Freedom Run in Slovakia 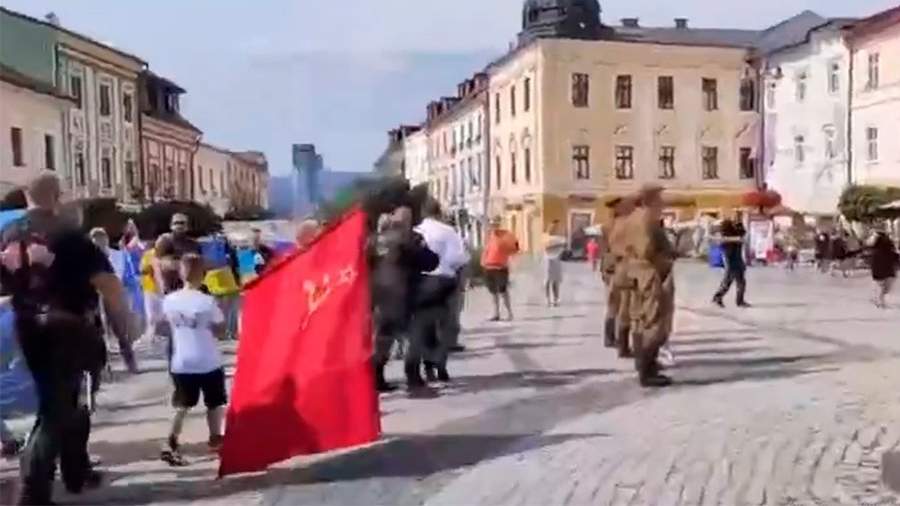 Ukrainian refugees tried to thwart the Freedom Ride, dedicated to the memory of Soviet soldiers-liberators of the Great Patriotic War, in the Slovak city of Banska Bystrica. This was reported on August 27 by Readovka.

During the wreath-laying ceremony at the Memorial to the Heroes of the Red Army, Ukrainians tried to boo the procession, began shouting anti-Russian slogans and waving Ukrainian flags.

It is noted that local representatives of law enforcement agencies did not stop the behavior of Ukrainians in any way and, moreover, tried to prevent the procession that came to the memorial from laying wreaths.

However, in the end, the audience managed to hold a ceremony and a motorcycle race through 17 Slovak settlements, which were liberated by the Red Army from the Nazi invaders.

The Freedom Run campaign began on August 26 in Bratislava, and Russian Ambassador to Slovakia Igor Bratchikov took part in its opening. As part of the event, a column of motorcyclists made a trip to the places of military glory of Soviet soldiers.

On August 25, Briton Clara Maguire spoke about the inappropriate behavior of Ukrainian refugees, which she encountered when she provided them with shelter. She gave the Ukrainians two bedrooms and took them to different places, including a Polish supermarket, as they couldn’t eat British food. Worst of all, according to Maguire, was the complete lack of gratitude for the help, which is why she refused to continue to keep the Ukrainians.

On July 20, the Polish youth of the city of Wroclaw staged a protest action against the flags of Ukraine placed in public transport. They also proposed to file a petition, according to which Polish flags should appear on public transport in Poland.

As political analyst Oleksandr Asafov said on June 27, dissatisfaction with Ukrainian refugees in Europe is growing. In his opinion, society is irritated by their consumer attitude and unwillingness to integrate. He also noted that the countries have taken a course towards the abolition of benefits previously provided to Ukrainians, now the conditions for them are similar to those offered to visitors from the Middle East.