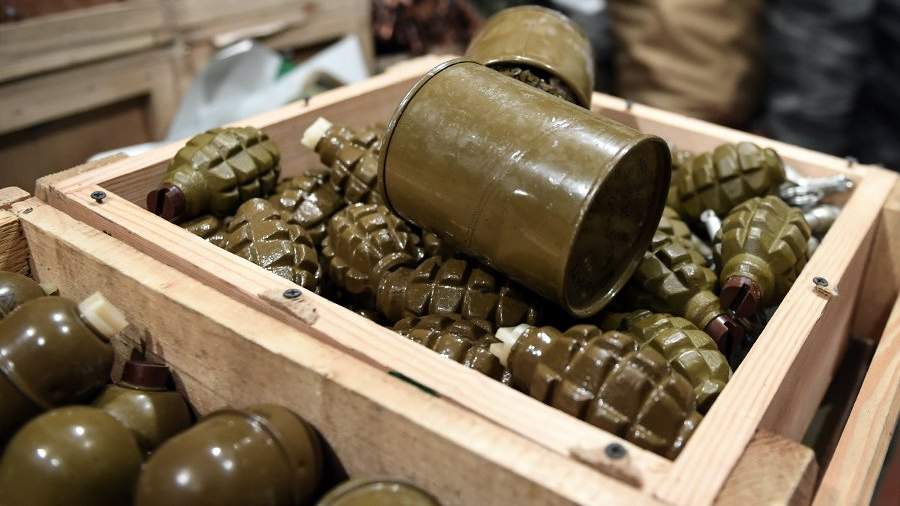 On May 8, the commander of a special forces company of the Kherson police, Mykola Salamakha, met with Russian security forces and voluntarily surrendered a disguised weapons depot.

After a search of the cache, 80 boxes of ammunition, 40 boxes of grenades, and 50 small arms were found, RIA Novosti reports.

According to Solomakha, the Kyiv authorities were preparing him for the role of commander of a sabotage unit, which was supposed to work on the territory of the Kherson region. To refuse this role and surrender weapons to the Russian troops, he was prompted by the veneration of the memory of his ancestors who participated in the Great Patriotic War.

Solomakha also shared the names of the employees who were supposed to monitor the warehouse and protect it – they were Gennady Ivanenko, Andrey Gladky and Yuriy Turchenko. In addition, thanks to him, Russian troops learned about the identity of two Ukrainian intelligence liaisons, Artem Redchem and Vitaliy Chaika.

On April 23, Izvestia correspondent Kirill Olkov showed how residents of areas liberated from Ukrainian militants voluntarily surrender unregistered weapons. Local residents immediately made contact with the Russian military and, as a sign of their peaceful intentions, offered them to hand over the weapons that were stored without registration.