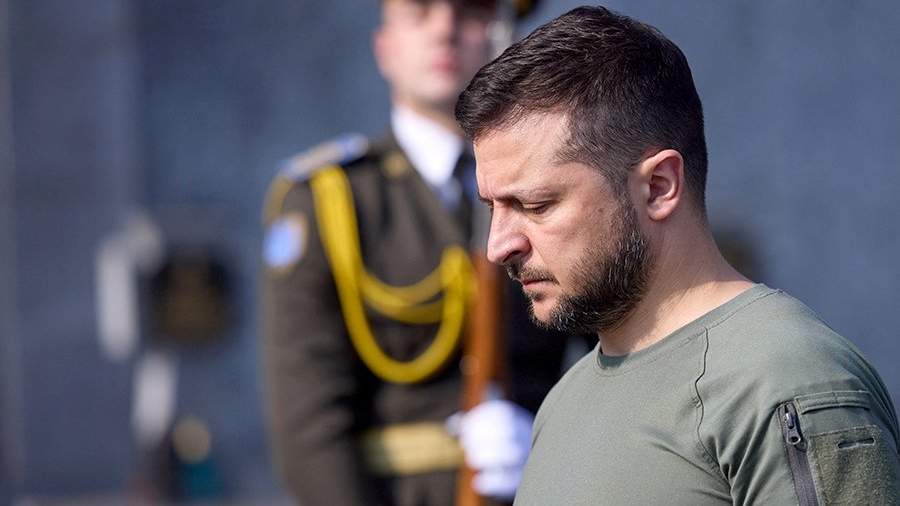 A petition appeared on the website of the President of Ukraine calling on the leader of the country, Volodymyr Zelensky, to return to business attire at meetings with representatives of other states. The document was published on September 12.

The authors of the appeal believe that “the president and his appearance are the face of the state.”

“I ask you to consider the possibility of returning the president’s business attire when it comes to meetings with foreign officials or other official events,” the petition says.

In order for the appeal to be considered by the president, he needs to collect 25,000 signatures. At the moment, 33 people have signed the petition, and 91 days remain until the end of the campaign.

In early May, Vladimir Zelensky’s jacket was sold at an auction in London for £90,000. A charity auction in favor of Ukraine was led by former British Prime Minister Boris Johnson.

At the auction, which was held by Christie’s, other lots were put up, including a jug with a cockerel, donated to Johnson during his walk with Zelensky in the Ukrainian capital.

Since the start of the Special Military Operation (SVO) in Ukraine, Zelensky and members of the cabinet of ministers have begun to appear at official events or record addresses to fellow citizens in military-style clothing.

The SVO for the defense of the Donetsk and Luhansk People’s Republics began on February 24. It was preceded by an aggravation of the situation in the region, an appeal by the leadership of the Donbass republics to the Russian Federation with a request for help, and the subsequent recognition by Russia of the independence of the DPR and LPR.