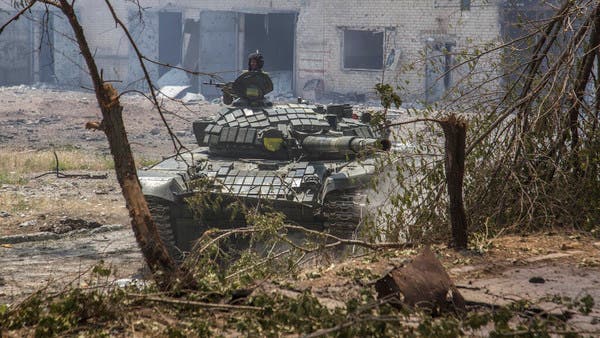 After a weeks-long siege and unrelenting Russian pressure, the Ukrainian forces retreated from the city of Severodonetsk, most of which is controlled by Russian forces in eastern Ukraine.

Today, Friday, the governor of Lugansk region, Serhiy Gaidai, announced that “Ukrainian forces will have to withdraw from the strategic city.

He also added in comments broadcast on Ukrainian television, “Staying in positions that have been reduced to rubble for several months just to stay there does not make sense… The soldiers have received orders to withdraw.”

He noted that the city had “almost been reduced to rubble” due to the constant bombardment, adding that all the basic infrastructure had been destroyed.

Likewise, he said, “90% of the city is damaged, while 80% of the houses will have to be demolished.”

In addition, he explained that his country’s fighters had earlier repelled a Russian attack on the southern outskirts of Lyschansk, the last city under full Ukrainian control in Lugansk in the Donbass region.

He pointed out that Russia had taken control of the village of Mykolaivka, located near a major highway leading to Lyschansk, which has been the scene of heavy fighting, in recent days.

These statements came after the representative of the separatists, Andrei Maruchko, confirmed earlier that the Ukrainian forces in Lysichansk and Severodonetsk were “no longer useful”. “At the pace with which his soldiers are advancing, all the lands of the Luhansk People’s Republic will be liberated very soon,” he added, in statements to AFP yesterday.

It is noteworthy that Russia had tightened its blockade of the Ukrainian resistance enclave in the Donbass around the strategic industrial cities of Lyschansk and Severodonetsk located in Lugansk.

Especially since these two cities constitute an essential crossing point for the Russians in their plan to control Donbass, a Russian-speaking basin partially controlled by pro-Moscow separatists.

The control of Severodonetsk is very important for Russia to establish its control over the last area of ​​Ukrainian-dominated territory in Luhansk, while only Lyschansk will remain under the control of the Ukrainians.

Since late March, the Russian forces have launched the second phase of their military operation on Ukrainian territory, seeking to control the entire Donbass Basin, after separatists loyal to Moscow took control of some of its parts in 2014, with the aim of opening a land corridor linking the east to the Crimea, which it annexed to its territory in the same year. general.