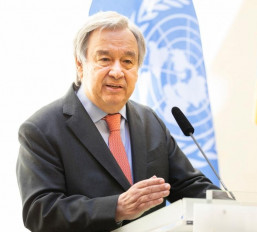 “The Secretary-General condemns in the strongest terms the heinous attack on the St. Francis Catholic Church in Owo, Ondo State on June 5, in which many people gathered for a Pentecost service were killed and many injured,” spokesman Stephane Dujarric said in a statement. Have become.

The secretary-general stressed that the attacks on places of worship are abhorrent, Xinhua news agency quoted the statement as saying. He appealed to the Nigerian authorities to give the harshest punishment to the perpetrators.

Guterres expressed his heartfelt condolences to the families of the victims and wished the injured a speedy recovery. He also expressed sympathy towards the government and people of Nigeria.