UN mission: The Burhan Hamdok agreement is a settlement without winners 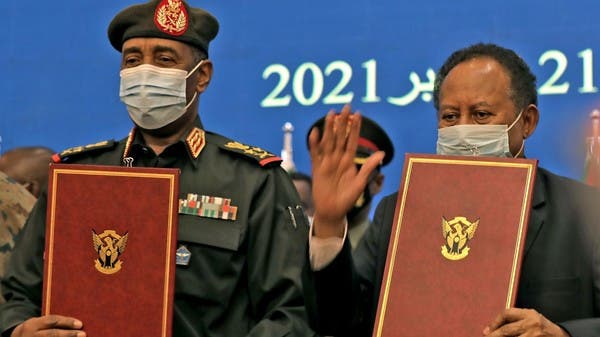 While the effects of the political agreement signed last Monday (November 21, 2021) between Sudanese Prime Minister Abdalla Hamdok and army commander Abdel Fattah al-Burhan are still being tested in the country, the head of the United Nations Mission in Sudan, Forker Peretz, considered this agreement a “settlement” not There are winners, but there may be losers.

He also clarified in an interview with Al-Arabiya that the United Nations had no reservations about the agreement, but stressed the need for it to be translated on the ground by the decision-makers.

As for the period prior to the announcement of this consensus between the two sides, he confirmed that he did not carry an “agreement” for Al-Burhan and Hamdok during the crisis, but he worked to facilitate mediation and coordination with them.

He also added: There were internal demands to impose sanctions on some individuals, but this is not within our powers and mandate.

When asked whether the United Nations or himself took a biased position during the recent crisis, as was accused by some parties in the country, he replied: “Both parties, the civilian or military component, think that I am biased to one of them.”

As for the demonstrations in the street, he considered that live ammunition was being used against the demonstrators, expressing his hope that such behavior would not be repeated.

With regard to the elections to be held in the future, he explained that the UN mission provides advice, suggestions and ideas, as well as technical support through UN agencies. He continued, “Technically, the elections can be held on time, but politically, efforts, goodwill and hope are needed.”

With regard to the issue of Darfur, he believed that “the events that occurred on October 25 made a group of criminals take advantage of the situation in Darfur.”

He said: “There is more than one army in Sudan, numbering 5, 6 or 7 armed organizations, and the presence of all these forces in one country is impossible to provide stability in.”

He also added, “The armed forces know that there is a need for a single force under a single command, by including the armed conflict groups.”

It is noteworthy that the United Nations had announced yesterday that at least 43 people were killed, more than 40 villages were burned, and thousands were displaced as a result of tribal clashes that erupted in the western Darfur region due to cattle looting.

The United Nations Office for the Coordination of Humanitarian Affairs (OCHA) stated, “Initial reports indicate that at least 43 people have been killed, 46 villages have been burned and looted, and an unknown number of people have been injured due to the ongoing fighting there.”