UN official: The number of victims of the earthquake in Afghanistan is likely to increase 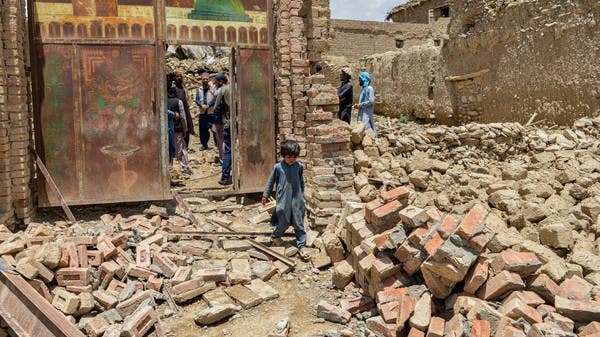 After the devastating earthquake that struck Afghanistan, the United Nations Humanitarian Coordinator in Afghanistan Ramiz Alakbarov announced that the situation in the country continues to deteriorate.

He added, “We asked for $8 billion in humanitarian aid, and we did not get the financial aid we requested.”

Al-Akbarov also added, “We have provided 10 tons of medical equipment to those affected by the earthquake,” stressing that “we must continue to send humanitarian aid to Afghans and support the basic needs of Afghans.”

He stressed that tens of thousands of earthquake-affected people need help, noting at the same time that Afghans are facing several problems due to the lack of services.

It is noteworthy that the 6.1-magnitude earthquake occurred in the early hours of Wednesday morning in an arid mountainous area scattered with small population centers, about 160 km southeast of the capital Kabul, near the border with Pakistan.

The earthquake also killed about 1,000 people and injured 1,500 others, while more than 3,000 homes were destroyed.

Poor communications and poor roads hamper relief efforts in a country already suffering from a humanitarian crisis that has worsened since the Taliban seized power last August.