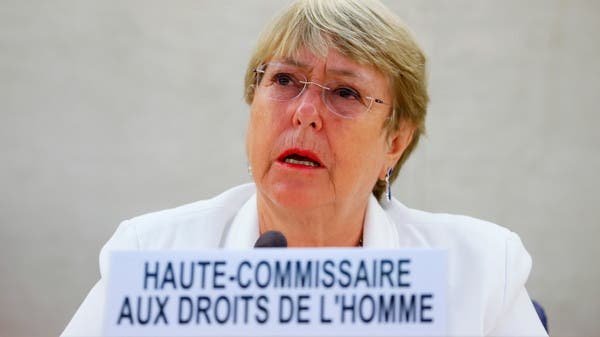 Today, Monday, the United Nations High Commissioner for Human Rights criticized the human rights record of the Taliban movement since it took power in Afghanistan, noting that the announced commitments do not match the facts on the ground, such as the status of women.

Michelle Bachelet told the Human Rights Council in Geneva that women have been gradually excluded from the public sphere in Afghanistan over the past three weeks, contradicting assurances that the Taliban will uphold women’s rights.

She also expressed her dissatisfaction with the formation of the new Taliban government, citing the absence of women and the predominance of ethnic Pashtuns.

Last August, the commission had warned of reports of serious violations committed by the Taliban in Afghanistan, including extrajudicial executions of civilians, restrictions on women and protests against the movement’s rule.

Bachelet made it clear at the time that the Taliban’s treatment of women and girls and respect for their rights to freedom, freedom of movement, education, expression, and work in accordance with international human rights standards would constitute a red line.

A women’s demonstration in Kabul on September 6, 2021 (Reuters)

In turn, the Taliban had promised last month, immediately after seizing power, to “respect women’s rights, allow them to have education and work to wear the veil,” noting that the penalties for death and stoning will be in the hands of the courts.

It is worth noting that the United Nations has repeatedly stressed during its press conferences that the Taliban must adhere to respect for human rights.
Including, fulfilling its promises and pledges to grant amnesty to former Afghan government workers, integrate women and allow girls to continue their education.