Under the directives of Hazza bin Zayed.. Sultan bin Hamdan as Chairman of the Talent Care Committee at Al Ain Club 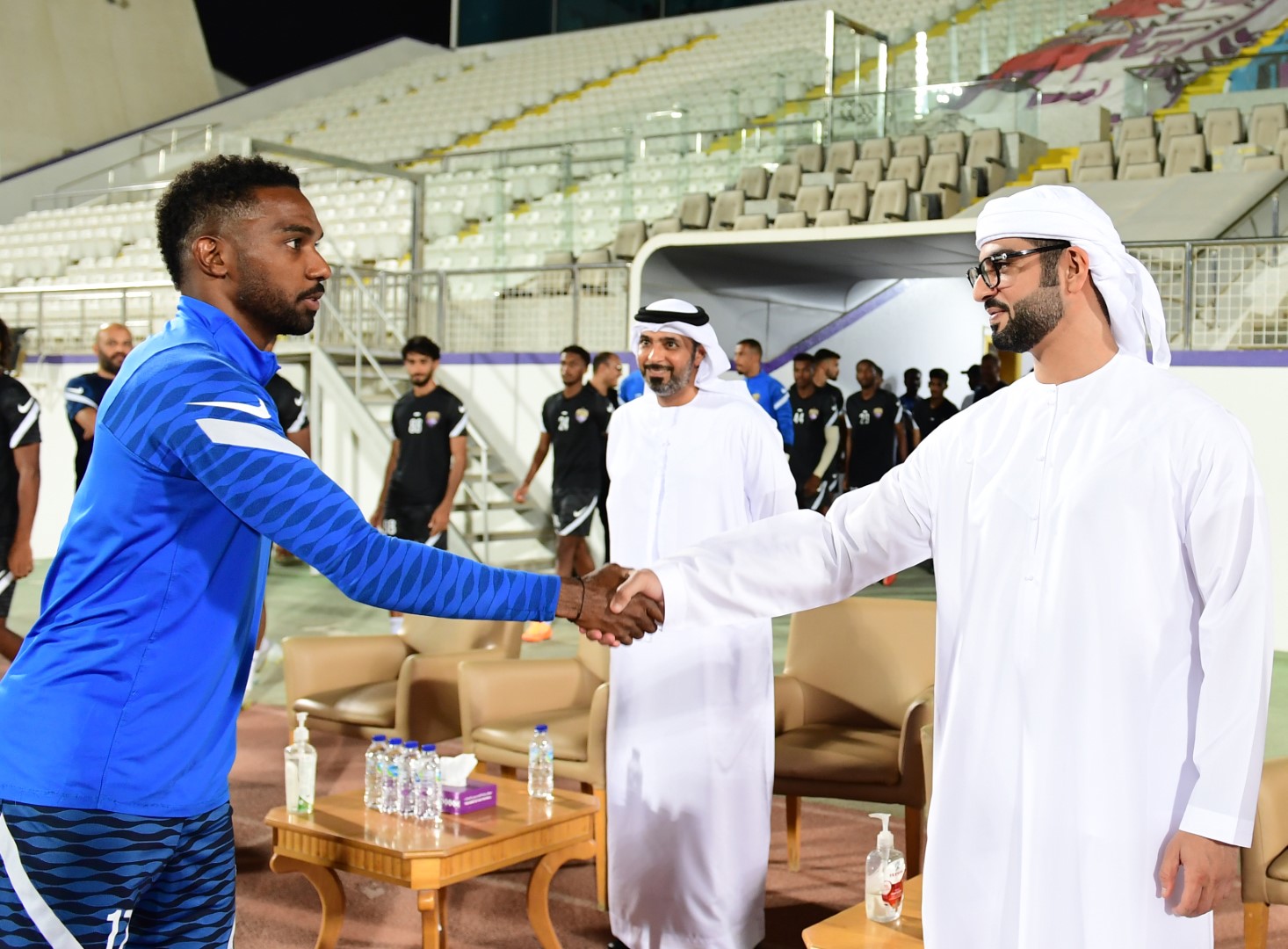 His Highness directed the establishment of an integrated project equipped with the latest sports equipment and medical tools to care for talents, including housing units, indoor playgrounds for morning training and gymnasiums to enhance the players’ physical strength, improve fitness rates and a sports medicine center. The Talent Care Committee, headed by Sheikh Sultan bin Hamdan bin Zayed Al Nahyan, held its first meeting in the meeting room attached to the headquarters of Al Ain Football Academy.

The chairman and members of the committee valued the generous support and care of His Highness Sheikh Hazza bin Zayed Al Nahyan, for the sports sector in the country, especially Al Ain Club and its subsidiaries. The meeting discussed the most important files related to the football talent development project in the club. Sheikh Sultan bin Hamdan bin Zayed Al Nahyan stressed the importance of adopting the best scientific methods in establishing and training football talents so that the club can prepare and equip professional football players who are able to achieve the desired addition to the national teams of all ages, in light of the generous support that the club enjoys from His Highness Sheikh Hazza bin Zayed Al Nahyan. The head of the Talent Care Committee directed to update the work mechanism and expand the area of ​​​​discovery of football talents to attract the best elements, in order to achieve the desired goals of the club.

Sheikh Sultan bin Hamdan bin Zayed stressed the importance of the system for monitoring performance indicators and controlling the diet for players of the age groups and linking the health files of all players to the club’s modern electronic system, which allows doctors in different teams to view these files to determine the return of talents and work to analyze their health conditions and find solutions. Necessary to reduce the recurrence of chronic injuries through best scientific practices in the face of stadium injuries.

Sheikh Sultan bin Hamdan bin Zayed met Dr. Matar Al Darmaki, Chairman of the Board of Directors of Al Ain Football Club, and a number of members of the Board of Directors, the technical and administrative bodies and players of the first football team at Al Ain Club, on the sidelines of the training session that took place in Khalifa bin Zayed Stadium yesterday evening.

The Chairman of the Club’s Executive Committee conveyed to everyone the greetings of His Highness Sheikh Hazza bin Zayed Al Nahyan, and praised the team’s return last season and the efforts made by everyone during the external camp, stressing that Al Ain’s goals in each season are clear, which requires redoubling efforts and showing a real desire to continue in the same spirit that It was the title of the team’s performance last season.

He added that the Al Ain fans were and will remain one of the most important reasons for the “leader’s” victories through the strong support of the players in all fields, which has led the team to ascend the podiums throughout the history of this great club, and every season the Al Ain fans are waiting to enhance the balance of the club’s achievements with more championships and our confidence. You will always be great at achieving the aspirations of our fans.”