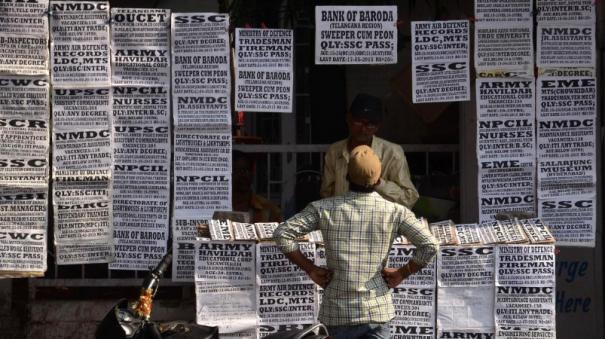 Accordingly, unemployment in India was 8 percent last November. It rose to 8.30 percent in December. Unemployment has risen to the highest in Haryana at 37.4 percent and Rajasthan at 28.5 percent.

Urban unemployment rose to 10.09 percent from 8.96 percent. Meanwhile, rural unemployment has come down from 7.55 percent to 7.44 percent. Unemployment has emerged as a major problem in India. Senior Congress leader Rahul Gandhi has been criticizing Prime Minister Modi-led government for rampant unemployment and inflation.

Last Saturday, Rahul Gandhi told reporters about unemployment in India, “The central government is focusing only on India’s GDP growth. Emphasis should also be placed on employment generation, skill development of the youth, creation of manufacturing infrastructure with export orientation,” he said.