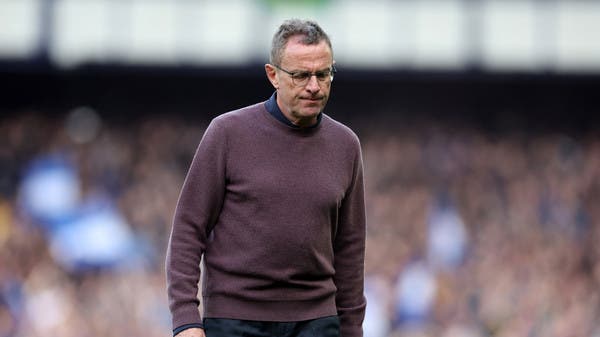 Gerhard Mlitic, president of the Austrian Football Association, announced on Friday the appointment of Ralf Rangnick, who leads Manchester United temporarily, as coach of the Austrian national team for two years with the aim of qualifying for the European Championship 2024.

And German Rangnick, who will leave the leadership of United to Dutchman Eric ten Hag at the end of the season, confirmed that he will continue in his advisory position at the English club.

Rangnick said: “It is an honor for me to take the position of coach and I look forward to working with a young team that is hungry for success and to compete in the European Championship (2024) in Germany.

The Austrian Federation clarified that the contract extends for two years initially and will be automatically renewed for two additional years in the event of qualification for the European Championship 2024.

He added that he expected Rangnick to take over the job in late May, after the end of the Premier League season.

Mlitic told a news conference: “We are pleased to have acquired a coach with international experience and are convinced that Ralf Rangnick is the ideal man.”

He continued, “Thanks to his vision, he will move the Austrian Federation and the national team forward.”

Rangnick took over as United coach after firing Ole Gunnar Solskjaer in November but also agreed to serve as a consultant for two years at the club.

Rangnick will lead Austria in the UEFA Nations League matches in June.