United Nations: It is necessary to deploy forces to maintain security in Darfur 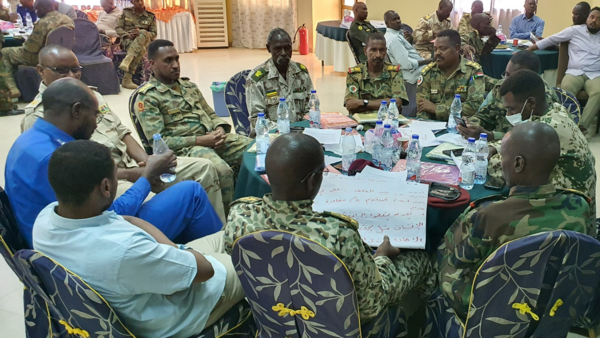 The United Nations Mission in Sudan (UNITAMS) stressed the need to expedite the deployment of security forces in Darfur.

Training security forces in Darfur on the foundations of protecting civilians and respecting international humanitarian law and human rights, constitutes a significant contribution to UNITAMS and the United Nations in Sudan in supporting the implementation of the provisions of the security arrangements in the Juba Agreement

Read about the training workshop in El Fasher https://t.co/mo1NrY6sNC pic.twitter.com/wysPfG9JLX

This came in a workshop held by UNITAMS in cooperation with the United Nations team, from May 26-30, where it hosted 56 military leaders and cadres who represent the government regular forces and armed movements that signed the Juba Peace Agreement.

The meeting aimed to discuss enhancing their capabilities so that they, in turn, could train security forces personnel in Darfur on human rights requirements and the protection of civilians, in addition to the principles of international humanitarian law.

On March 30, 2022, UNITAMS and the Ceasefire Standing Committee, in cooperation with the United Nations team, held a dialogue with government security forces and the movements signing the Juba Agreement, on evaluating training requirements for joint security forces on basic concepts of human rights, international humanitarian law and protection principles.

The years-long Darfur conflict erupted when rebels from the central and southern desert region launched an insurgency in 2003, complaining of government repression in the capital, Khartoum.

Since the announcement by the Army Commander, Abdel Fattah Al-Burhan, on October 25, of measures that ended the partnership between the civil and military sectors, the political scene in the country has been greatly complicated, and all attempts to form an executive government have failed.

Efforts to resolve the crisis face great obstacles, in light of the street’s insistence on not negotiating with the military component and its demand for purely civilian rule, returning the army to its barracks, and dissolving armed militias, including the Rapid Support Forces.