United sack Solskjaer and search for a temporary coach 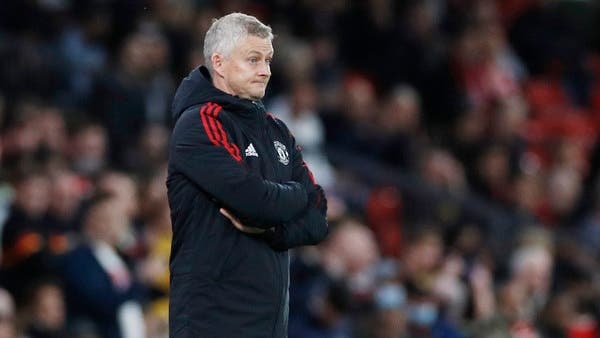 The English Premier League club, Manchester United, sacked its Norwegian coach Ole Gunnar Solskjaer due to poor results on Sunday, one day after the team’s 4-1 defeat against newcomer Watford, which caused it to drop to seventh place among the 20 teams in the domestic championship.

Solskjaer extended his contract with United for three years until 2024 last July, but he was dismissed from his position after United lost five of their last seven league matches, including defeats against Aston Villa, Leicester City, Liverpool and Manchester City.

“Manchester United announces that Ole Gunnar Solskjaer is relinquishing his position as coach of the club,” United said in a statement. Ole will remain a legend for Manchester United and we regret having to make such a difficult decision.

And while the results in the past few weeks have been disappointing, we should not overlook the work Solskjaer has done over the past three years in re-laying the foundations required for long-term success.

Former player Michael Carrick, a member of Solskjaer’s technical staff, took charge of coaching the team in its next Champions League match away to Villarreal next Tuesday, while the club said it would appoint an interim coach to lead the team until the end of the current season.

United have not won the Premier League title since 2013, the last season of former coach Alex Ferguson, who led the team to win the league title 13 times.

United signed the veteran Portuguese striker Cristiano Ronaldo last August, but after a promising start to the season, he fell to seventh place after the first 12 rounds, 12 points behind Chelsea, the only London club in the lead.

Solskjaer took over the coach of United temporarily, succeeding Jose Mourinho in December 2018, before signing a permanent contract with the team in March 2019.