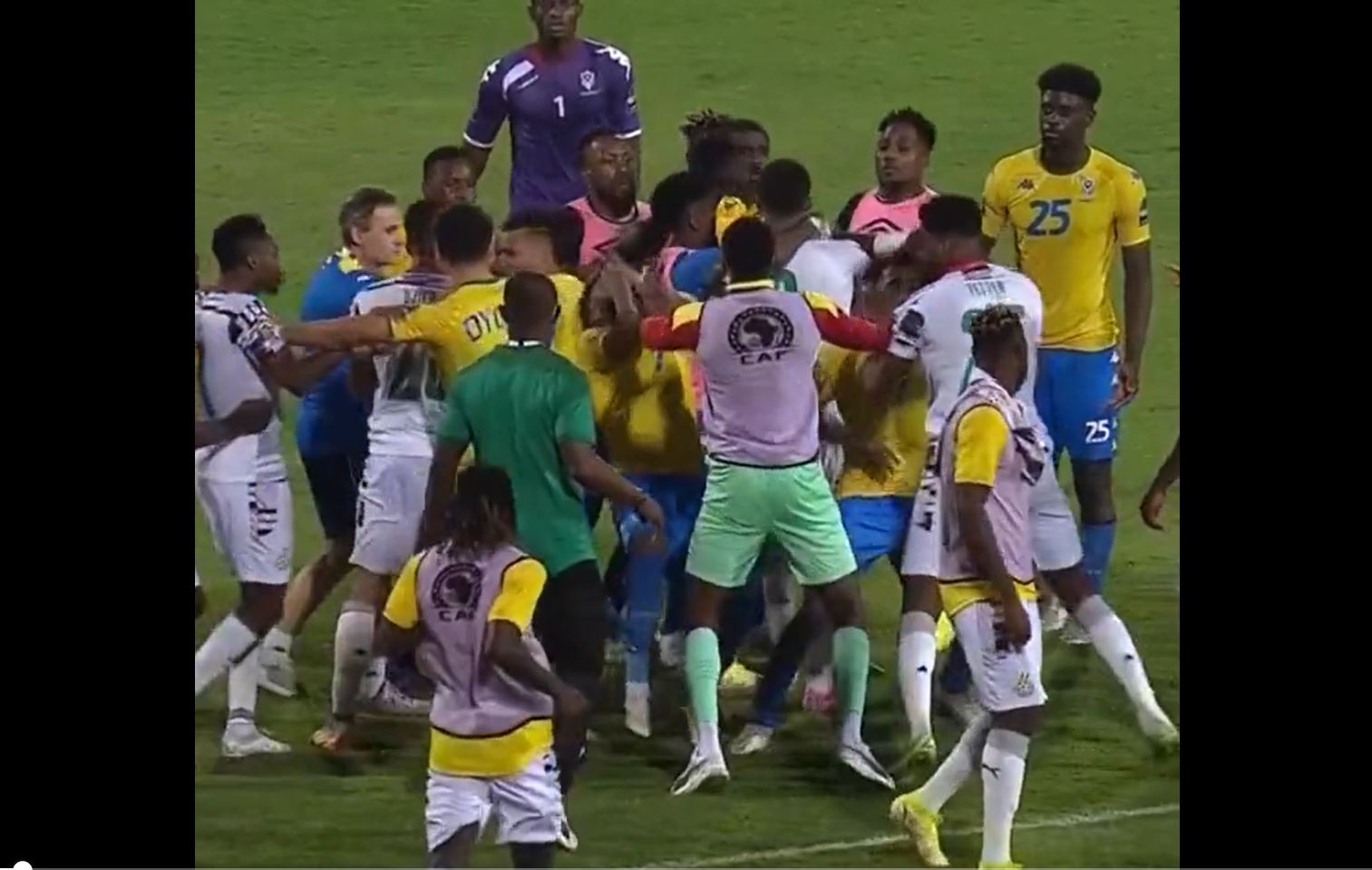 The players of Ghana and Gabon clashed during the match that brought them together in the second round of the African Nations Championship in Cameroon, in which strange scenes continue, after the Gabon players refused to remove the ball from the field so that the Ghana player could be treated while he was injured and took advantage of an attack to score 1-1 equalizer.

As a result of the “unsportsmanlike” behavior, the Ghana players who expected the Gabonese team to take the ball out of the field went crazy, and things escalated into a tangle of hands between the players, forcing the referee to intervene two minutes before the end of the match and expelled the angry Ghanaian Benjamin Tetteh after punching the Gabon player during the fight.

The Ghanaian team had advanced with Andre Ayew’s goal in the 18th minute, before Jim Alvina equalized for Gabon in the 88th minute, complicating Ghana’s position in qualifying, especially as it has one point and one match left with Comoros, while Gabon raised its score to four points in second place. He still has a confrontation with Morocco, which qualified for the next round with 6 points.